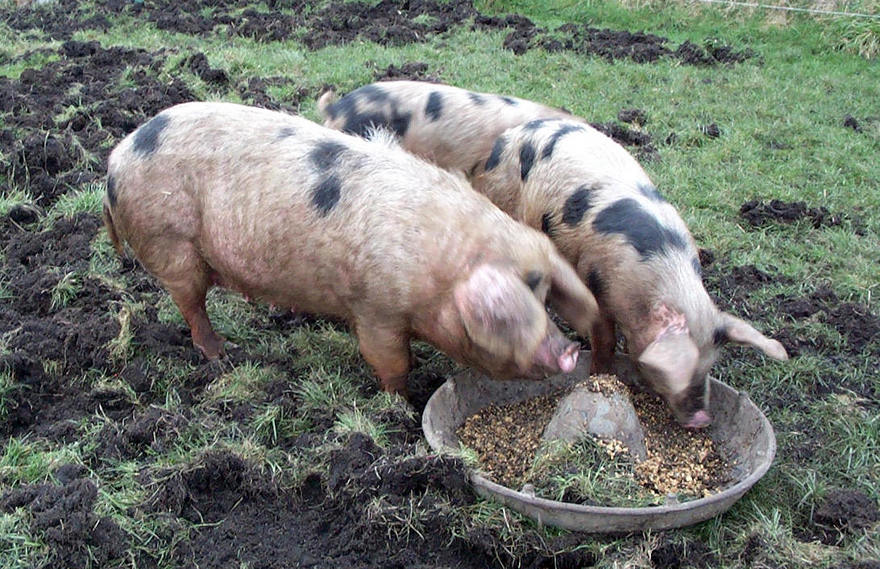 After some relatively good weather in December and early January, we are just starting to see the real winter hit. Mild but sunny days have finally given way to cold winds, rain, and now some short bursts of hail and snow.

Plenty more to come, no doubt.

We have moved our two pigs into fresh pens, separate ones as Pigalilli (left) is expecting piglets shortly and will need some space to nest. Plenty of bedding in her ark, and some strategically placed bales of hay to keep the draughts out. Cosy!

The ram has settled in and we are confident that the ewes have been ‘served’. Lambs expected in April.