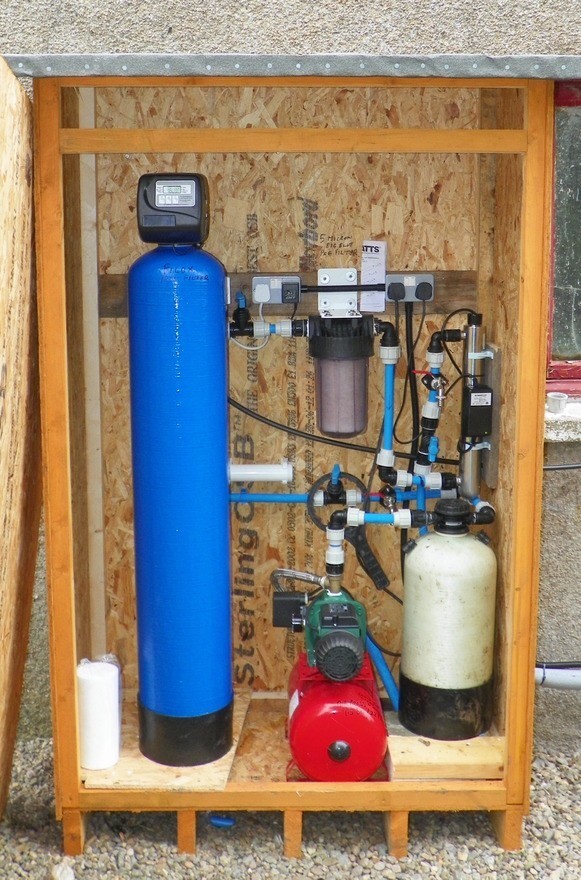 It’s safe to go back into the water

We’ve had some gloriously sunny weather over the last few weeks, although it’s not been terribly hot.  We are literally waiting for the grass to grow so that we can make hay.  Let’s hope the sun is still shining!

With not much rain about we have invested in some new IBC water tanks to collect the rainfall from the roofs of the buildings.  This is essential in the summer months as we don’t water the animals from our well.

Speaking of the well, we got the grant and we got a quote for the filtratiton system but just as the whole thing was progressing very slowly through all the various departments, our water pump upped and died.  For 5 weeks, the only way we could get water from the well to the tank in an upstairs bedroom, was via a hosepipe through the window!

Eventually it was time for the installation and it couldn’t have come soon enough for us.  Before it could take place we had to build a huge shed to house the whole thing.  Once that was in place we were good to go.

It took two days to install the very complex system but it has been designed to take care of all our problems.  The long silver tube on the right (as you look into the box) is the UV filter.  Below that is the white pH filter.  That was recycled from our previous installation to take care of the “green hair” fiasco. The red barrel at the bottom is the pump.  Above it in the centre is the particulate filter.  The huge blue oxygen tank-like thing on the left takes care of the iron and manganese with the heater behind it. If the temperature drops below a certain number, it will switch on to stop the whole thing freezing.

It is a “backwash” system so twice a week the particles that have been collected need to be washed away.  To deal with that, a pipe has been installed from the shed which goes to the drain under the kitchen window.

The EHO returned after it had all settled down and took another water sample from the kitchen tap.  We spent a couple of weeks on tenterhooks as, if it wasn’t doing its job, we wouldn’t get the grant.

Last week we got the all-clear.  It’s now safe to drink the water!