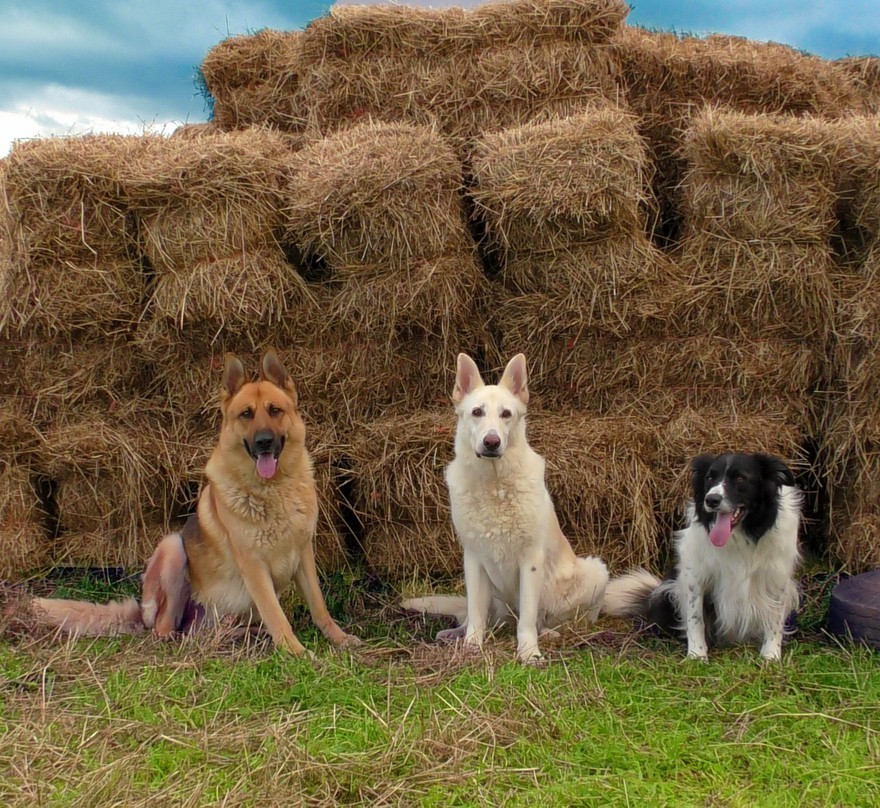 We finally make hay but not in the sunshine…

What a difficult month it has been with regard to haymaking!  We started out with high hopes for August, thinking it would be filled with long sunny days.  How wrong can you be?

There wasn’t a day went by at the beginning of the month when it didn’t rain.  Sometimes not a lot, but just enough to dampen our plans.

As the month wore on, we were getting desparate and in the end settled for baling on an overcast day, so the hay wasn’t as dry as we had hoped, but not sopping wet.

We couldn’t risk storing it in the barn so stacked it outside and covered it with tarpaulins, which is not that easy in the strong winds.  Each morning it had to be uncovered so the sun and air could get to it.  Every so often we were caught out by showers, some so heavy we were soaked through trying to get the tarps back on!

Thank goodness it’s all done now and we have winter fodder for the hungry beasts.  The goats have sampled it and declared it edible so we should be OK with the sheep.

The dogs are delighted too as they have their field back and see where they’re going when they chase the swallows.  The babies have fledged the nest so there is plenty to keep them occupied.

We are also busy sorting the ewes ready to receive the tup and preparing the lambs for the mart.  This years lambs are our best ever and we are expecting top prices.  Let’s hope the buyers agree!