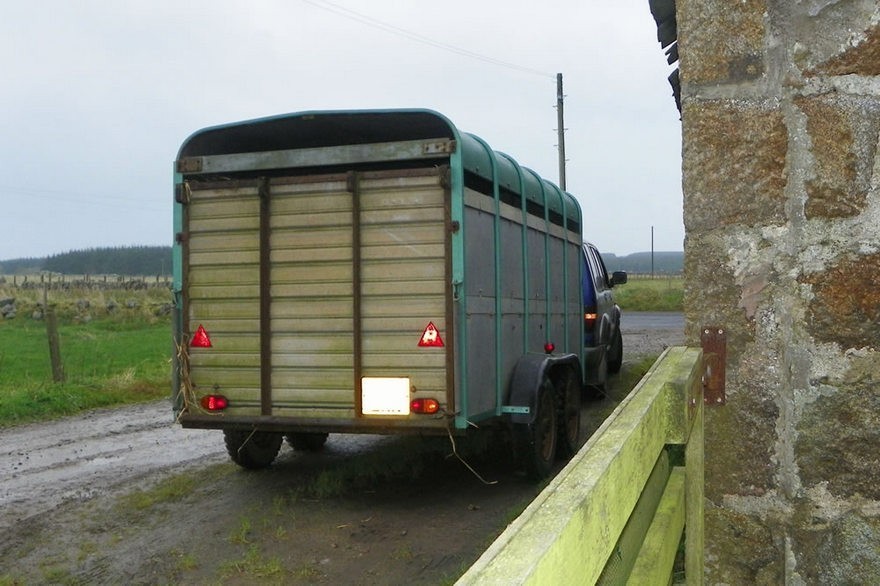 A dramatic day for us and the cows

This month we planned to take a couple of our pedigree Dexter cows to the abattoir.  With that in mind we spent some time training them to walk into the trailer so that when the time came there would be less stress for them and us.  It was a simple matter of parking up the trailer inside a pen in their paddock and feeding all their meals inside.  It took a while for them to feel comfortable with the ramp and at first we had to place the food near the opening but gradually, as they grew in confidence we moved it further and further back until they were both completely inside and we could close the gates.

On the morning they were due to go, they loaded easily and we set off in good time.  However, we had gone barely 30 miles when disaster struck and the car broke down.  The mobile had been left in a coat pocket at home and so a kind passer-by leant us his phone so we could beg a replacement vehicle from a friend of a friend.

When that arrived at our breakdown site which by this time was being supervised by a police officer, we did a quick changeover and had to head pretty quickly for the soon to close abattoir.  One of us had to stay behind with the broken down car and arrange for it to be taken to a garage.

On route it was soon evident that we would not make it before the doors closed, so calls were made with the now retrieved mobile asking if someone would be there to take the cows.  The last thing that we wanted was to have to take them back home.

By the skin of our teeth we managed to unload them at the abattoir thanks to some staff agreeing to stay behind.  Unfortunately the news wasn’t quite so good for the car which had lost a gear box and wasn’t worth repairing.

We now have a “new” vehicle and are eagerly awaiting the return of the beef which will hang for 3 weeks before it’s butchered.