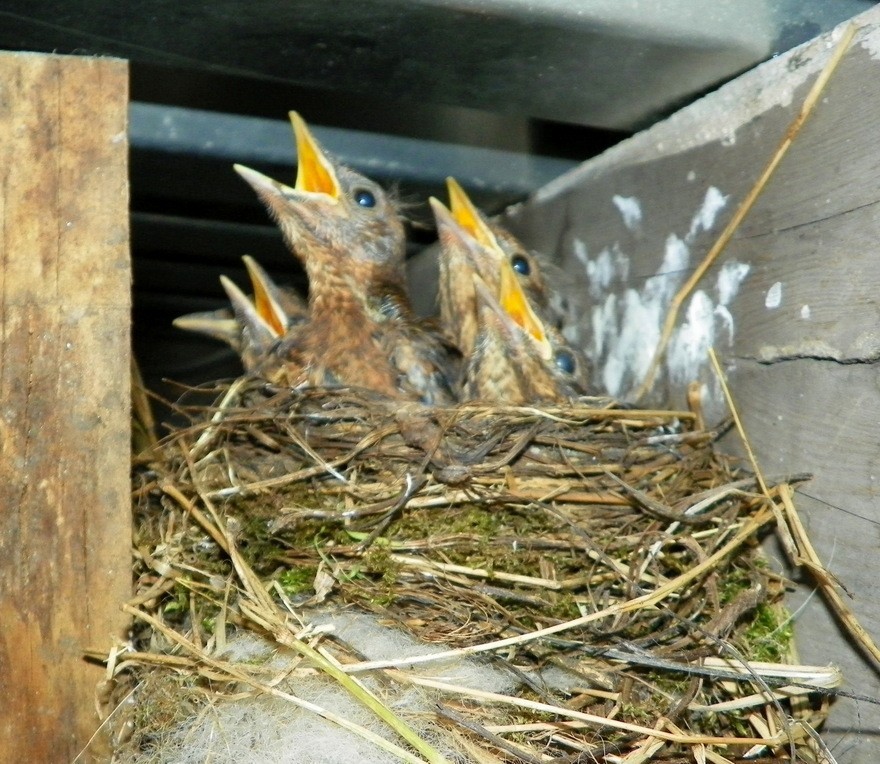 At least something has hatched

Every year our geese sit on a large number of eggs for months on end.  By the time they are finished their bright orange legs are pale from lack of sunlight.  In all these years, not once have they managed to hatch a gosling.  We do have a gander so it’s not as if the eggs aren’t not fertile.

This spring the goose that was rejected by our flock, set herself up in the nesting box in the duck shed.  This was extremely irritating as everytime a duck laid an egg, she would scoop it underneath her.  We much prefer to eat duck eggs to chicken eggs and we have quite a few customers at the farm gate who also enjoy our duck eggs.  For weeks we haven’t been able to get hold of any as she hisses if you try to approach.

It must be well past the 28 days incubation period by now, and since nothing has hatched and she has finally given up.  Unfortunately, the muscovy has now taken over and has a huge pile of duck eggs under her.  Who knows how much longer she will carry on.

In the meantime, we had a blackbird that built a lovely nest in the shed.  It was decorated with green moss and bits of fleece.  Sadly, she did so on top of an electrical socket so we had to move it, otherwise it may have caught alight.  We wasn’t sure if she would return to it in its new location, but she did and pretty soon it contained several small blue eggs.  Less than a fortnight later, we discovered 5 newly hatched chicks.  Within days, their eyes were open, as were their beaks, waiting for worms.  They grew huge very quickly and the nest couldn’t cope.  One fell out and when we tried to return it, all the others leapt out in fright!

We decided to leave them alone to sort themselves out and most days when we went in to milk the goats, one of the youngsters was hopping around with the mother close by.

Perhaps the geese could learn a thing or two from the blackbirds!