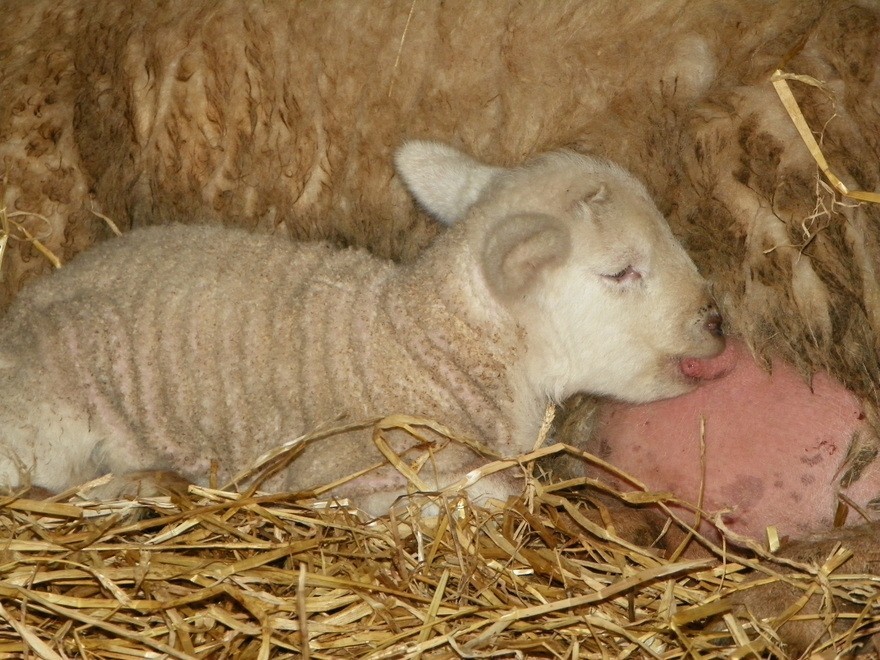 After many a sleepless night, the lambs finally arrive

After a month of disturbed nights, checking the ewes to make sure they weren’t giving birth, we finally welcomed our first lambs on Friday afternoon.  Despite the fact that we were on high alert, the first lambing didn’t happen without a hitch.  Agnes, started early by expelling the water bag but by lunchtime nothing else had appeared.  She wasn’t distressed but we were.

Eventually the rubber gloves were deployed and we discovered that the lamb on it’s way out had too many legs.  It was quickly clear to us that two were trying to emerge together.  After some skilful manipulation and untangling of small bodies, one of the lambs was pushed back whilst the other was pulled out.  The first, thank goodness, was alive and well.  The second one came out backwards with more than a little assistance.  We weren’t sure if it was all over and since she had been so huge, we ventured back in and pulled a third out.

All were boys and all appear healthy and are feeding well.  We may have to supplement them with goat’s milk if Agnes can’t produce enough to sustain all three but we will keep a close eye on them and monitor their progress.

Well that’s one down, only another 5 to go until we can once again sleep peacefully at night.