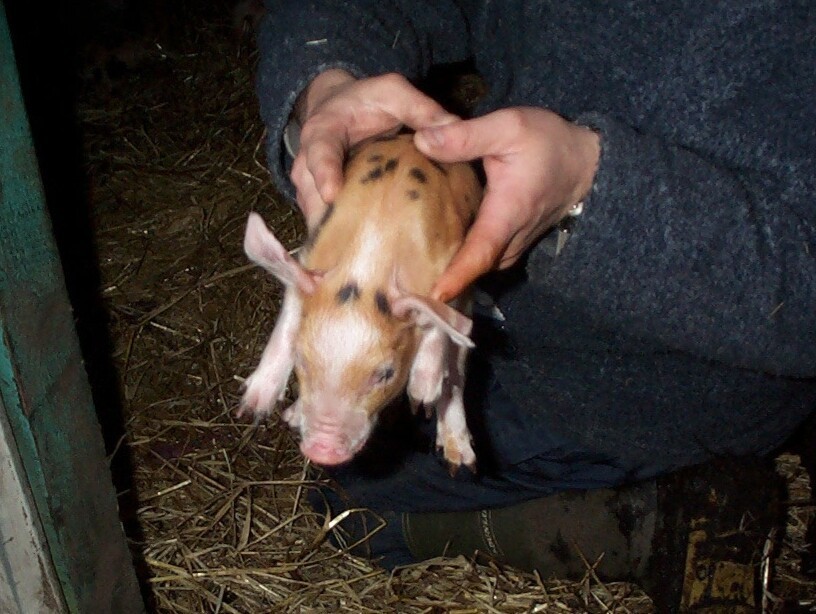 An abrupt introduction to pig breeding

One of our pigs became the mother of 6 tiny piglets last week, and it has interrupted our schedule rather rudely. After an interesting start where we had to collect the new arrivals in a box for an hour or two while piggy settled down a bit, mother and babies are now doing very well. We hope to be back our regular timetable for December.

Well, the clocks have recently gone back, and we don’t know about you but we found the adjustment to darker evenings and marginally lighter mornings quite hard. We still have plenty to do outside – new pig arks and animal shelters to build, fences to complete, roofs to make watertight – but with at least one hour less of useful daylight than we had a few weeks ago.

Also, according to our pigs and birds nothing had changed and it was important to adjust the feeding regime slowly so as not to cause them unnecessary stress. The same can be said for our dogs, and we’re sure yours were the same. Where we used to feed them at 6pm, it had to be 5pm for a while or they would start to speak to us! Slow adjustment saved our eardrums a little.

Perhaps more noticeable is the fact that when we’re out in the early evening now, our dogs ‘disappear’. If it wasn’t for an assortment of blinkers, strobes, and lighted collars (a different one for each dog so we know who’s who!) we wouldn’t know where they were. 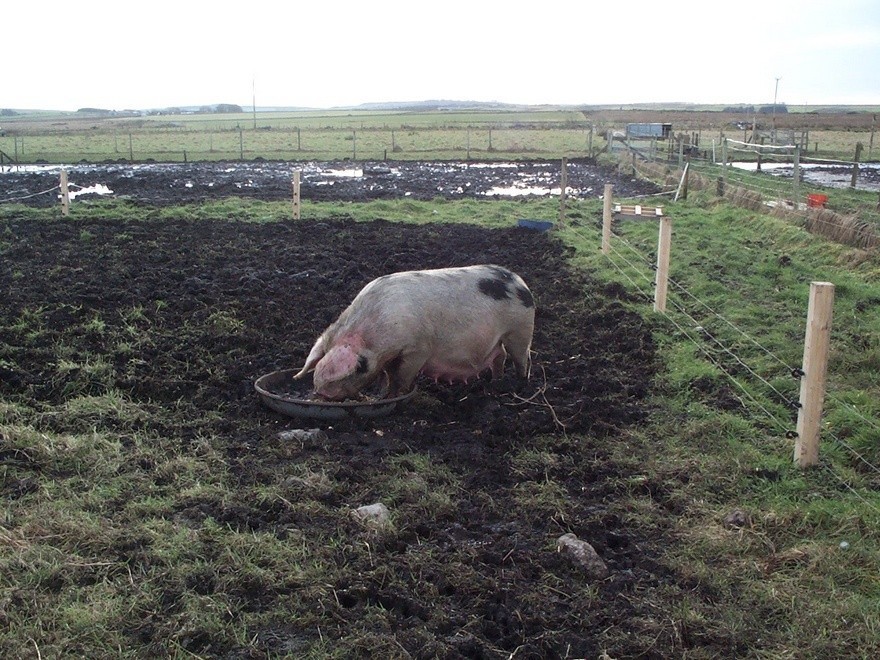 We hope you are all well, and that the slight turn toward colder weather isn’t too off-putting for you or your dogs. We’ve certainly noticed a few changes up here, not least that the egg supply from our chickens has dipped somewhat. Nevertheless, it is certainly easier to get the birds away in the evenings and we can do so at a reasonable hour!

Since our last newsletter, we’ve been busy as usual. One of our first pigs was sent to slaughter a few weeks ago, and now resides in the freezer. Sad though it was, he lived far longer than most pigs reared for the purpose and he had a happy time with us (and his 3 girlfriends). His memory will live on in the shape of several Tamworth/Gloucester Old Spot piglets we are expecting sometime in November. 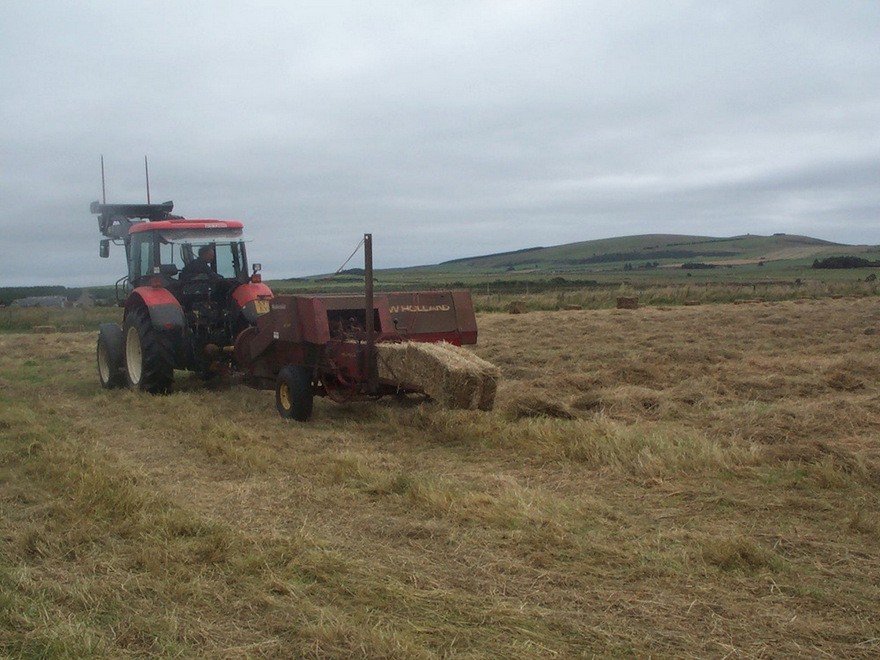 We’ve been quite busy outside. We were lucky enough to get a week without too much rain and got our hay baled a couple of weeks ago. Wow, was that hard work?

One neighbour baled, another watched, another lent us his tractor and cart. Quite a circus! After about 9 hours, a gallon of diesel, and with arms dragging along the ground, we finally deposited the 428th bale in the barn. Ouch, ouch, and thrice ouch!

Since then another paddock has been fenced, and gates are next on the agenda so that the expected inhabitants (piglets from our Gloucester Old Spot) can move in.