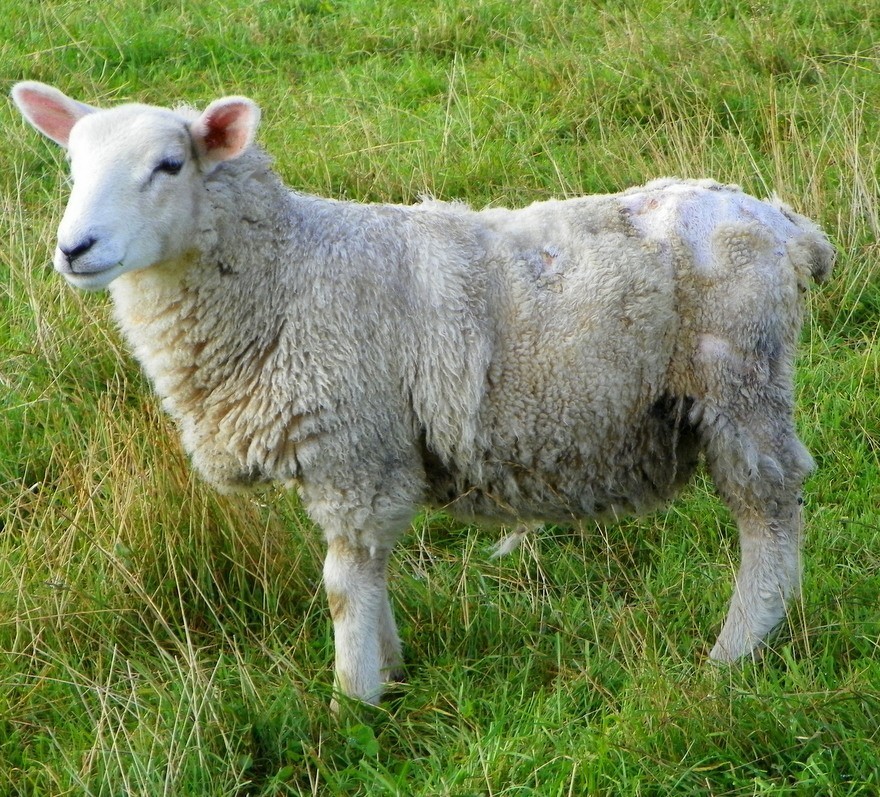 A flystrike survivor – not for the squeamish

We were feeling rather pleased with ourselves when we didn’t lose any lambs this year. Just when we thought we were out of the woods one of the boys was hit by flystrike. It was the same lamb that had been rejected by his mother, Geraldine, and had to feed from the goat. He had always been smaller and weaker than the others and therefore vulnerable.

Flystrike is awful. We have seen it once before on a ewe, but it wasn’t as bad as this. Flies lay their eggs on the fleece and the maggots hatch, bury themselves in the sheep’s wool and eventually under the skin, feeding off their flesh. This little boy was badly infected and as we started to clear them from his rear end, they kept moving further up his body. It took us days to rid him of them, every time we thought we’d got it beaten, we found more. Eventually, we put a stop to their migration and then all we had to do was hope he would recover – it can be fatal.

With much TLC from us he did pull through, but there were large areas of bare pink skin all over his back and sides, which we smothered with soothing cream. Now a couple of months later, his fleece is regrowing and he’s almost back to normal, apart from the patchy bits. He is definitely much smaller than the other lambs and probably won’t catch up now. However, he seems happy enough and has a great appetite.

In other news, we have been watching the grass grow and that too is a little patchy!