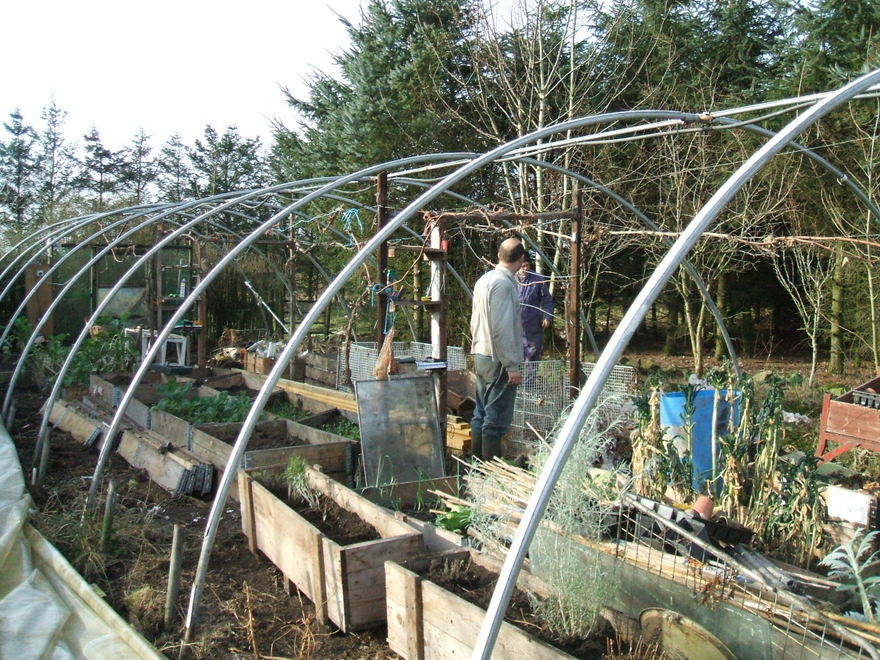 Windy weather in early March gave way to a couple of days of fairly still air, and the job we had been dreading for quite a while.

The polytunnel we inherited when we moved in has been in need of a new cover for some time – something neither of us wanted to do (or knew anything about) – but necessity eventually won through!

Having bought the cover (and timbers, bolts, nails, etc) in Feb, and armed with a couple of knowledgeable friends, we finally took the old cover off and removed the rails.

New rails cut and bolted into place, then the beading attached, we were ready for the new cover. With all 4 of us pulling and moving and adjusting it, we drew the polythene fabric over the top and secured it with more beading and nails. Once pulled reasonably tight, we lifted and secured the hoops of the tunnel to tighten it.

Sounds easy, but it took 4 days to do! Little did we know at the time, that this was to be the only 4 days of calm weather for almost the whole of March! 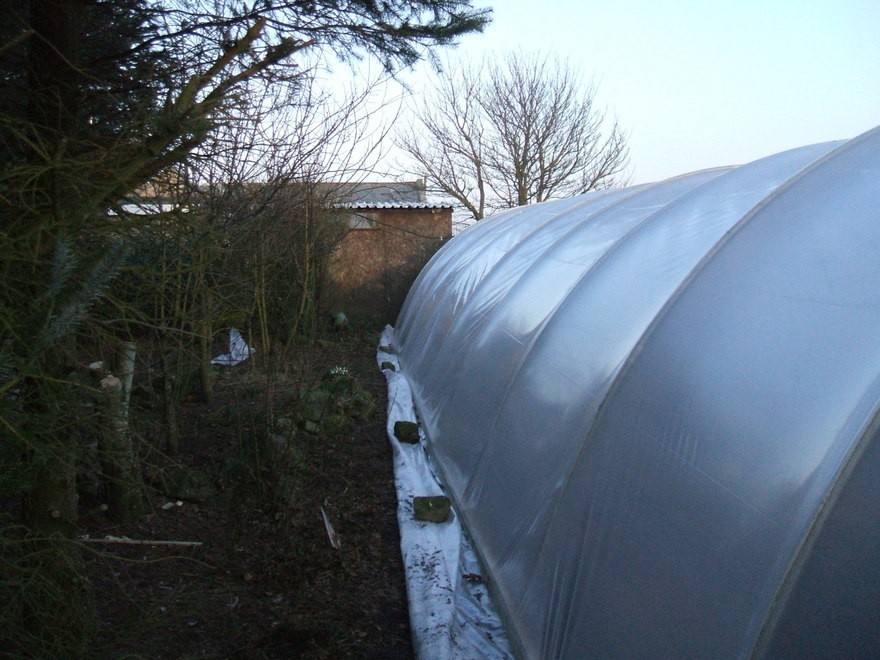