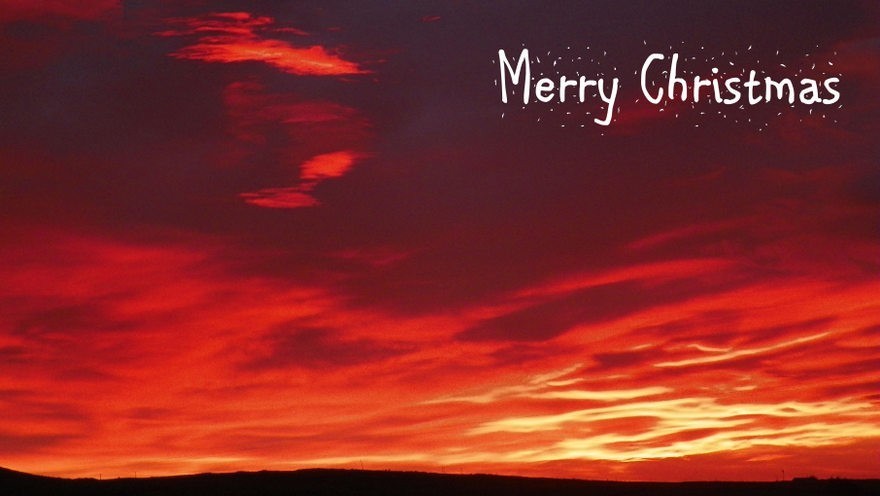 Sunrise over the croft

The weather has been very odd for this time of year.  November began very warm, we were walking around outside in short sleeved t-shirts.  Then there was a cold spell, with a spot of snow, but now it’s warm once again.  So warm in fact that we have roses in bloom!

It’s been a busy month.  The sheep were shipped off to the mart, including the bullying tup and it’s a relief to be able to walk in the fields again without fear of being butted!  We got a decent amount for them, despite dire warnings of low prices.

Two of the goats have visited a billy and appear to be in kid, due next April.

The chickens too, can walk about without worrying about attack, as the cat was humanely captured in a fiendishly clever trap and taken in by a local animal sanctuary for rehoming.

Our Chistmas preparations are nearing completion.  With the installation of the new Rayburn, it was necessary to redecorate the whole kitchen which has been a nightmare of a job.  The last time any work was done in there, was the 1970’s!  It’s just about ready, in time for our family to arrive for the festive season.  At least the house will be warm this year and we won’t have to wear woolly hats and scarves indoors.

The tree has been cut, which was rather nervewracking as it was 40ft tall and we only wanted the last 8ft!

We plan a quiet day with plenty of good food and board games, topped off with the Downton Christmas special!

Here’s hoping that you all have a wonderful stress free Noel and best wishes for the New Year.