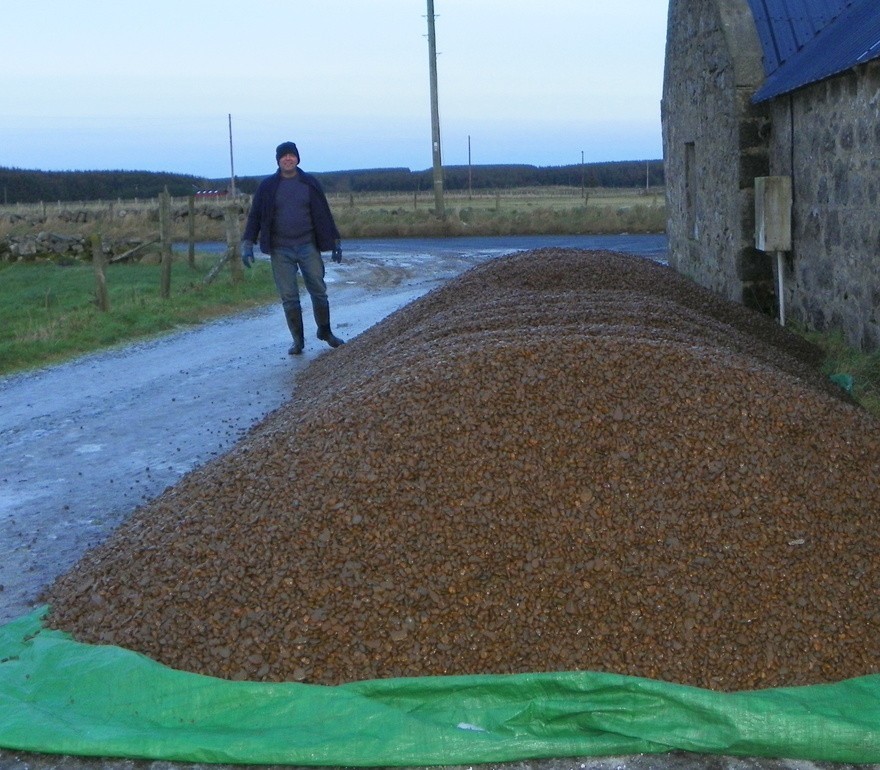 We have tonnes of work to do

Whilst a lot of the country was suffering under drifts of snow, we too were suffering but it was thanks to mud.

The yard was a disaster zone.  To get to the fields we had to squelch our way through it.  The dogs were covered in it and we were worried about vehicles getting stuck.

In order to fix the problem we got the local quarry to deliver 20 tonnes of gravel and they left it on the track outside.  The only way to get it in, was by shovel and wheelbarrow, then spread it out with a rake.  After a couple of hours the barrow suffered a puncture which put a stop to the work until a new wheel could be obtained.

We were in a bit of hurry to get it done as the scan man, was coming with a trailer load of equipment, to scan the pregnant ewes and goats.  He needed to be able to drive in and out easily, we couldn’t have him getting stuck.

Just in the nick of time, we managed to get most of the yard covered, although there is still plenty more to do.

Thanks to our hard work, the scanning was a great success too.  We were delighted to discover that all but one of our 17 sheep were in lamb and both of the goats that had visited the billy, were in kid, with twins or even triplets.