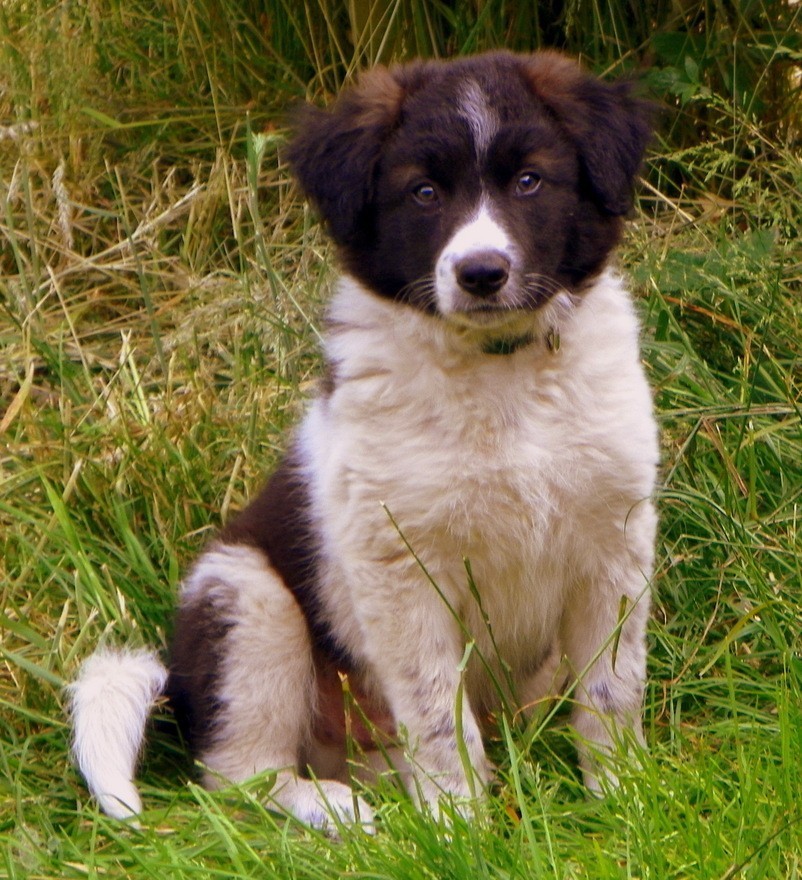 A BC joins the GSDs

We spent the early part of the month chasing sheep around.  The lambs needed tagging and the girls needed a pedicure.  After the 5th lap of the field we decided that there had to be an easier way.  We never saw our neighbour break into a sweat when rounding up his flock. Why? Because he had a dog to do it for him.

On a number of occasions we have attempted to persaude our German Shepherds to assist us but this always resulted in them rushing into the middle of the group and scattering them in all directions, taking us even longer to complete the task.

After much deliberation, we decided we were going to get ourselves a sheepdog.

A local farm had a litter from a working bitch and so we went along and collected our new pup, Jack.

We have only ever had Shepherds so it was something of a culture shock to suddenly own a Border Collie.

Our 3 GSD’s have welcomed him into the pack, despite his bad manners and sharp teeth.  For us it has been a huge learning curve.  He’s very people orientated and loves to be picked up and cuddled, unlike our aloof shepherds.

Training him to herd sheep will be our next challenge. We have a book to guide us and are hoping that he has inherited a natural instinct from his mother.  He is certainly having a go at herding geese!