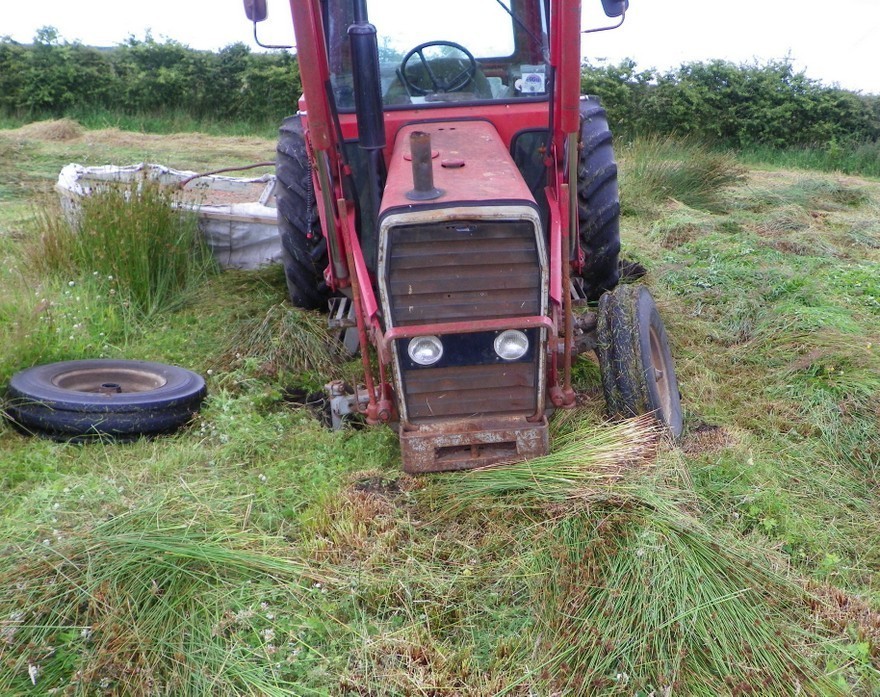 Disaster strikes when cutting the grass

The last few weeks have been a tense time, constantly watching the weather and being disappointed when day after day we had rain.  And not just a shower, but gallons of the stuff pouring from the clouds.

We got off to a bad start when the wheel broke off the tractor when we were cutting the grass.  A neighbour had to winch us out of a very boggy area.

Whenever there was a hint of sunshine we were out there turning the grass and making plans to bale. Time after time we were disappointed when the black clouds moved overhead.  We thought we would never get started and were worried that the grass laying in the field would be ruined.

There have only been a couple of days in the whole of this month when it has been possible to bale any hay and we took full advantage, working late into the night and bringing in the bales by moonlight.

Today we weren’t expecting rain until 4pm so we were working furiously to get the last of it done.  Typically the heavens opened up at 2pm and it was a race against time to get them all loaded onto the trailer and into the dry barn. We can only hope that they were dry enough to prevent rot and spontaneous combustion!

Despite the bad start we have 333 bales to feed the beasts over winter and the problem facing us now is where to put them.