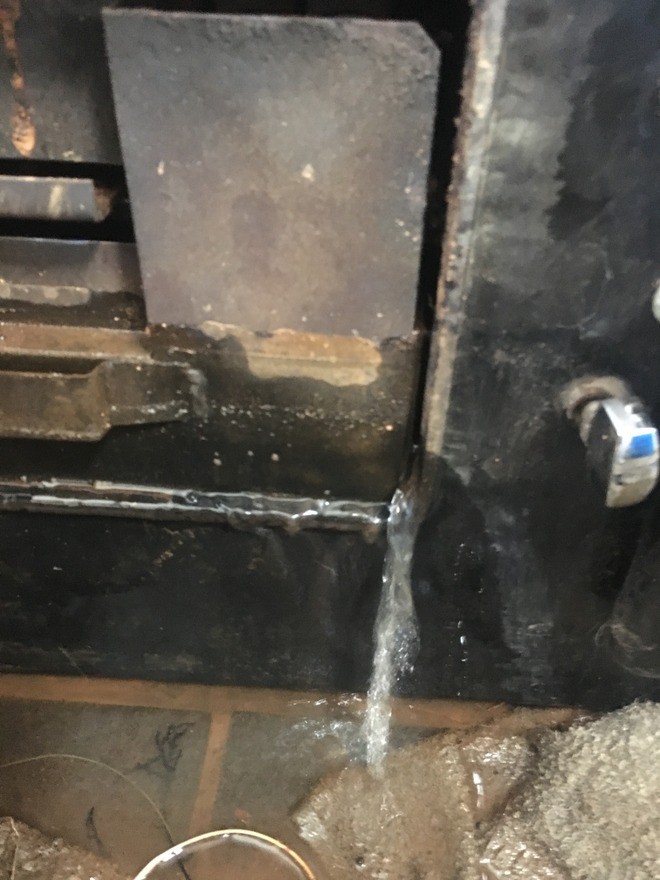 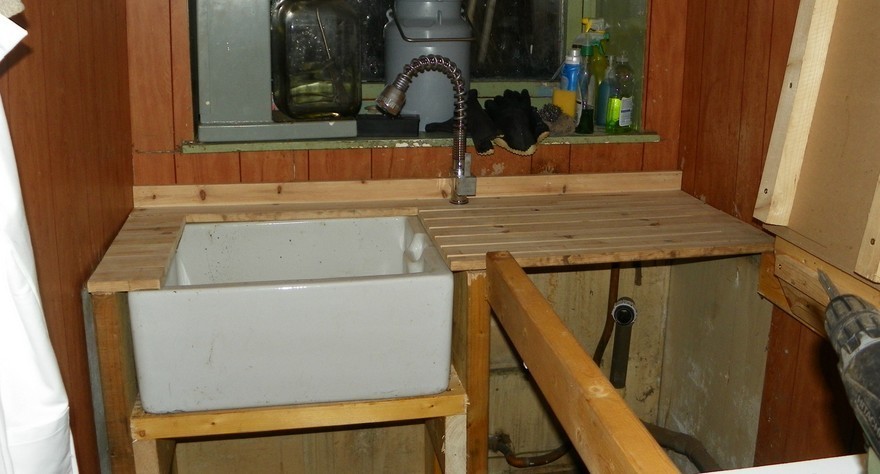 Plumbing in the dairy

We have deeds for our croft dating back to 1913.  At one time it was just small stone building that probably housed both the farmer and his livestock but over the years, extensions have been added and not very sympathetically, to make it habitable for a family.  Although there is now plenty of space, it doesn’t flow very well and the utility room, is on the other side of the house to the kitchen.

We use it as a dairy.  It houses the cream separator, butter churn and a small fridge where the goat’s “cheddar” ripens.  The layout was very awkward with the sink being right in the corner so you had to lean over to use it.  We decided to swap it around, a simple sounding job but a big mistake.  In order to save money we decided to replace the old stainless steel sink with an even older Belfast sink that had been sitting in the polytunnel and used for washing veg.

We made a draining board from timber that was lying around, along with a wooden stand for the sink.  It looked very rustic, but quite charming.  Our only concession to modern living was the mono-block tap we splashed out on.  There are a lot of milky items to be washed up and the spray would come in handy.

However, once we had ripped everything out and cut pipes, we discovered the ancient plumbing, which is not a standard size.  The local plumbers merchants scratched their heads in disbelief.  The water is pumped from our well which is just outside the window, heated by the Rayburn and then goes into a header tank upstairs.  When we finally managed to connect the old pipes to new, much thinner ones, we were disappointed to find we had no water pressure.  It wasn’t designed for trendy taps.  Another pump would be required to fix that problem.

But if that wasn’t enough, the plughole of the sink is leaking.  We have tried all sorts to fix it, none of which has worked – so far.  The whole fiasco has been ongoing for weeks which means the room is out of action but the most annoying part is that we thought by recycling we would be saving money, whereas the whole debacle has been a false economy.   If we had gone out and bought a spanking new top of the range sink and draining board, we would have been better off!