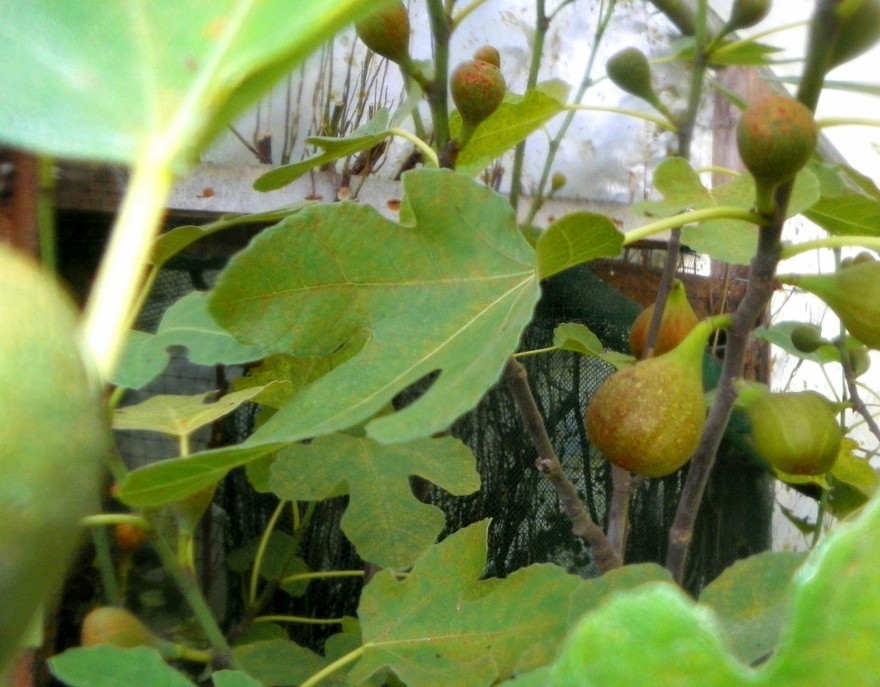 When you can eat the figs, prune the fig trees

This year has just flown by and we are sad to admit that we haven’t done any work at all in the polytunnel, there have been so many other things demanding our time and attention.

However, even our lack of effort has not prevented it from producing.

In the spring we had bunches of wild garlic, perfect for pesto, salads and making a cheese omelette just a little bit more exciting.

Then there was the rocket, which grew in abundance and was just as delicious in all of the above situations.

Potatoes popped up here and there.  Sage, rosemary, lemon balm and even lavendar were plentiful.

Even the grapes have produced a harvest, although smaller than usual.

But, the star of the show must be the fig tree.  Every year this has been tended lovingly, watered and cared for.  We have had the odd fig or two but most of them have never bothered to ripen, falling off in the winter months.

This year, after being completely left  to its own devices, it has produced dozens of plump looking figs which are just now beginning to ripen and we are picking them before they burst open.

According to an ancient saying “when you can eat the figs, prune the fig trees”, so maybe that’s a hint for us to get on with it!