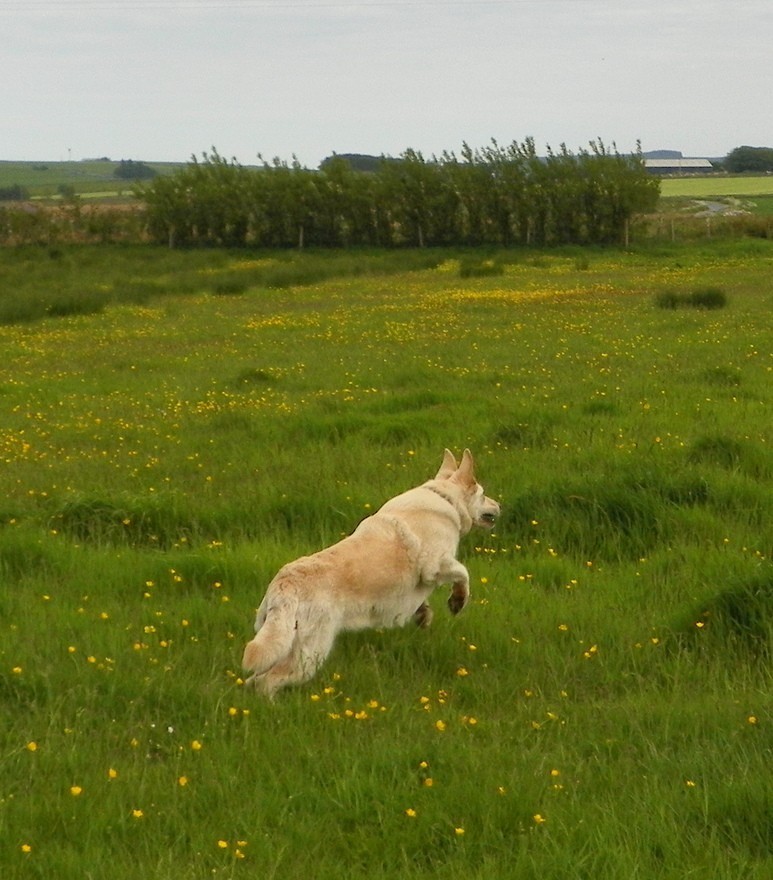 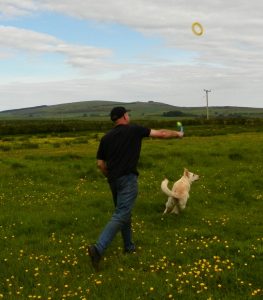 Daisy loves a good chase.  When it’s not the swallows, it’s Archie. When it’s not Archie, it’s the cars driving past the croft, and she tries to time it so that she reaches the end of the field at the same time as the vehicle to give a triumphant bark!

We rarely get people walking down our lane but we do get the occasional cyclist and she will canter along next to them on her side of the hedge shouting loudly all the way.

One of her favourite toys used to be the fling-a-ring (a thin plastic ring which is great for rolling). We taught her to hand it to us so that we didn’t need to bend down to pick it up but it was usually covered in slobber or other unspeakable substances, given that the sheep often have access to the field. When we saw the Dog Activity Ring Catapult, we just had to try it. 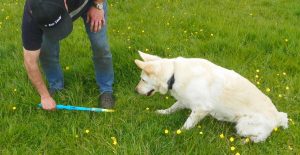 We weren’t too sure about it at first, as the catapult itself didn’t look too capable, but just one fling and we were converted immediately.  As was Daisy.  The ring flew really well, and even when it landed it bounced on for a while.  It probably would’ve gone even further if the grass was shorter, but sacrifices have to be made for our hay crop.

If you can get the ring at the right angle, you can slide it back into the catapult without even touching it (hooray!).  It can be a bit fiddly at first, and small feet are probably an advantage here, but with practice it would get easier. 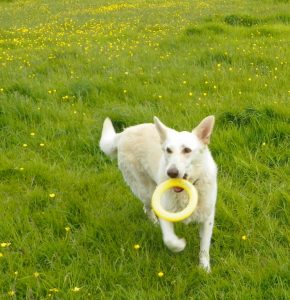 The ring, a fairly lightweight vinyl, is probably not suitable for dogs that like to chew as they retrieve, but thankfully Daisy doesn’t really do that provided she is encouraged to return it straight away and to release it.  If left to her own devices it would probably suffer a little.  Thankfully there are replacement rings available in case of accidents…

Alternatively, see it at YouTube here (opens in a new window).