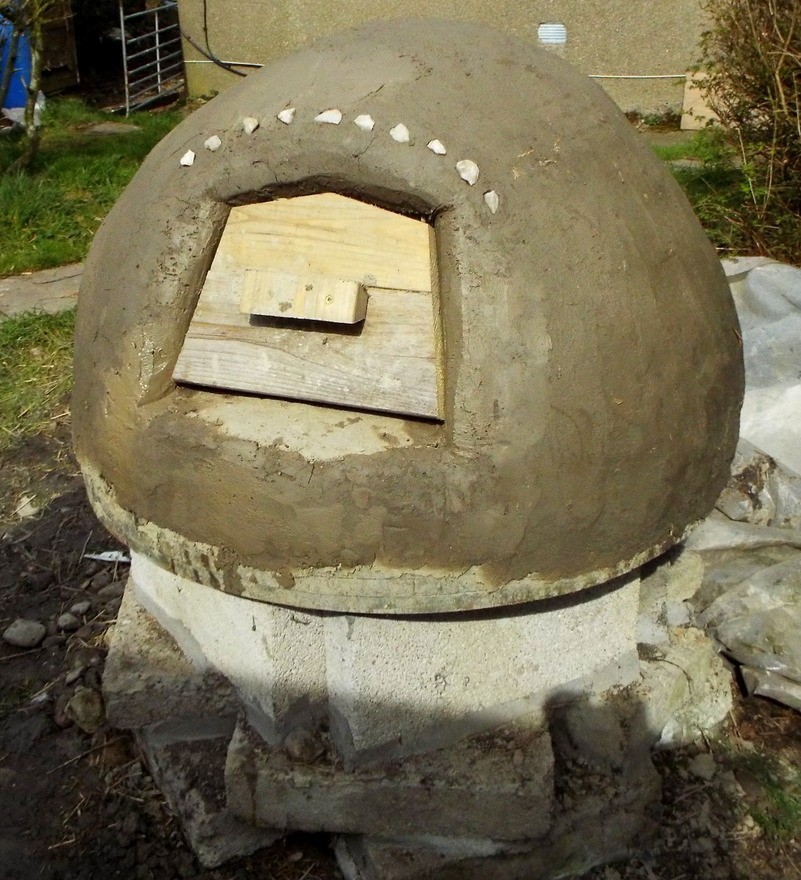 It’s been a long time coming…

Way back in 2011, after attending a clay oven workshop and filled with enthusiasm, we embarked on our own clay oven building project in the garden.

We constructed the base and then left it to dry.  In fact we left it for several years!!!  It has been a bit of an eyesore in the garden ever since, covered in plastic weighted down with bags of clay that we dug from the ground.

Since the weather had been so good, we decided to finally finish the job and set about building the oven itself.  Inside the bags, the clay had grown a covering of moss but was surprisingly still usable when mixed with water to become pliable.  We made a dome of sand in the centre of the base, spread newspaper over the top, then set about covering it in the wet clay.  It was a case of slapping it on with our hands.  The second layer applied a week later was a mixture of clay mixed with sawdust and straw to insulate, and then finally the following weekend we put on the top layer (just clay), which was a bit wetter and threatened to slide off!

So, do we now have our clay oven?  Not quite.  It has to dry inside and out and we are nervous about raking out the sand, in case the whole thing collapses.

It will be a while yet before we cook our first pizza in there, but hopefully we’re talking weeks not years!