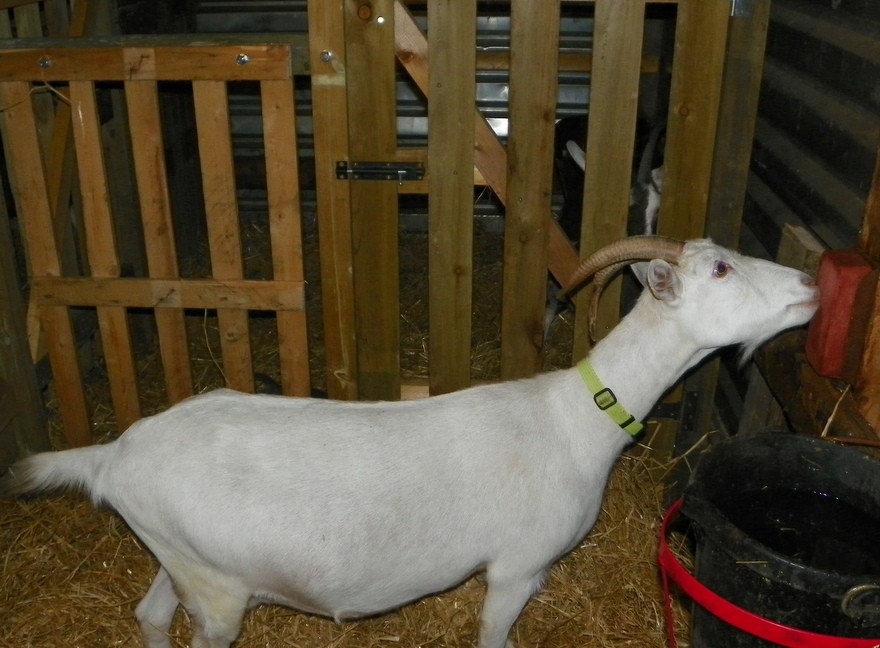 This month we have been busy upgrading the goat accommodation in the shed.  The goats were living in one large pen but that was giving us no end of trouble.  More than a year on and Lily’s kid Lulu will just not stop suckling.  We have separated them for months at time but as soon as they are reunited, she’s back on the milk.

Both Lily and Belinda are milked twice daily and we use that milk for cheese, butter and ice cream so with the now nearly fully grown kid taking a huge part of it, it’s a real problem.  We have tried taping Lily’s teats with micropore and painting on Stop ‘n’ Grow but whereas this might deter a nail biter, it seems goats like the taste and the tape was soon removed.

We decided to split the big pen into three and spent several weeks building their new living quarters.  We have learnt a thing or two about goats since we built the original pens.

The new pens have been made from fence posts and recycled pallets and now they are finished look very professional and also cosy.

We have put Lily in her own room as since she’s such a softie, the other goats tend to bully her.  Next to her is her naughty kid, Lulu so that they can remain close but she cannot get access to the precious milk.  She is housed with the other kid Betsy, who belongs to Belinda.

Belinda herself is back living with her original roommate Anastasia.  Those two seem to rub along fine with just the occasional head butting session.

In addition to the above, we have also built a second milking table so now we are able to milk two goats at the same time – progress!

With the girls all happily settled in their new homes, that frees up the rest of the shed for lambing time – a way off yet but it’s best to be prepared.