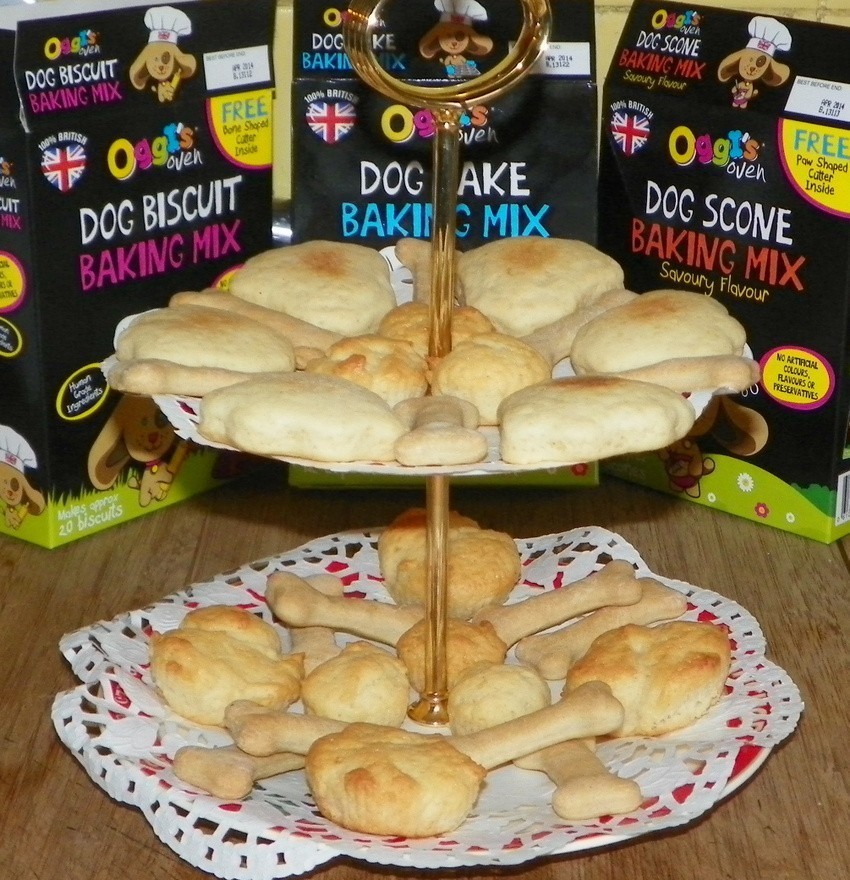 You can’t beat a bit of home barking, sorry I meant baking…. 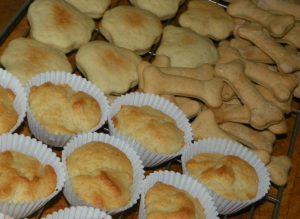 I love a baking challenge and when Oggi’s Oven Baking Mixes arrived on our doorstep, I couldn’t resist the temptation, much to the delight of our hungry dogs!

There are 3 varieties available, Scones, Biscuits and Cakes.  It’s great to hear that they are all free from artificial colours, flavours or preservatives, made from human grade ingredients and 100% British.

The packets contain the mixes ready to go, all you need to add is water and/or vegetable oil and the Biscuits and Scones come with their own cutters.  Full instructions for all are included on the box so now there’s no excuse not to get baking.

Scones (with paw cutter):  No need to use a mixer, I stuck with a bowl and spoon as suggested and was pleasantly surprised to end up with a lovely soft dough and less washing up!  I rolled it out to what I guessed was about 6mm and found that I didn’t have quite enough to make the 14 scones stated on the box, instead I ended up with 12.  Luckily that was enough to divide evenly between our 3 dogs.

They cooked quickly and rose slightly.  When I took them out of the oven, they smelled delightful.  The dogs were hanging around hoping I may drop one or two but no such luck.

Biscuits (with bone cutter): Once again it was easy to mix straight from the packet but this time it was a much stiffer dough to roll out.  At first I wasn’t sure about the cutter as the bones seemed to stick inside, but a firm tap was all that was needed to release them.  I managed to get 24 bones from the mix rather than the 20 stated on the box and they were nice and chunky just the way the dogs like them.

Cakes:  For the cake mix there are a couple of suggested options, either a 12 bun tin or a 7″ cake.  I chose to use cup cake cases in my bun tin. These need to be removed before serving as I’m sure our dogs wouldn’t bother and would wolf the whole lot down.  I thought that the cup cakes cases were a bit on the big side, our dogs have to watch their waistlines, just like us, so I used some of the mix in petit four cases.   They were more bite size and would make a better training treat. 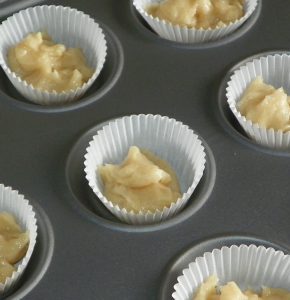 I was a bit confused by the mixture, expecting it to be of pouring consistency like a normal cake mix.  Instead it was like chewing gum.  I thought maybe I’d not added enough liquid but I’m sure I followed the instructions to the letter.  I carried on regardless and dolloped the mix into the cases safe in the knowledge that the dogs wouldn’t complain if they weren’t perfect (unlike some critics I know, no names mentioned!).  Despite the thick mixture they cooked OK, apart from the fact that I didn’t get the domed rise you would expect to see on a cupcake, instead they remained rather “rugged” looking, more like a muffin.

The verdict:  All three mixes were quick and simple and cooked perfectly – no soggy bottoms there.  Since they state human grade ingredients, we were keen to taste them ourselves.

The scones we found slightly sweet, despite claiming to be savoury on the box.

The biscuits I thought tasted a bit meaty but this may just have been my imagination.

The cake, again was rather sweet and very “cakey”. 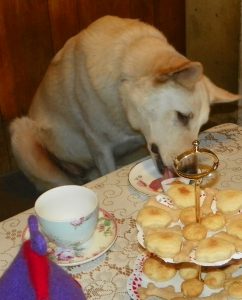 As suspected the smaller ones were better as quick bite.

Overall, I think they are ideal for a bit of a doggy treat.  The bones would be the better choice if you were going to use them for training, you could always add a bit of smelly cheese to the mix to give them some extra incentive!  Good fun and an ideal gift for any dog loving friends.

And what did the dogs think?

Well there were no turned up noses, they were keen to try all three, although Daisy was reluctant to let anyone else join the tea party.