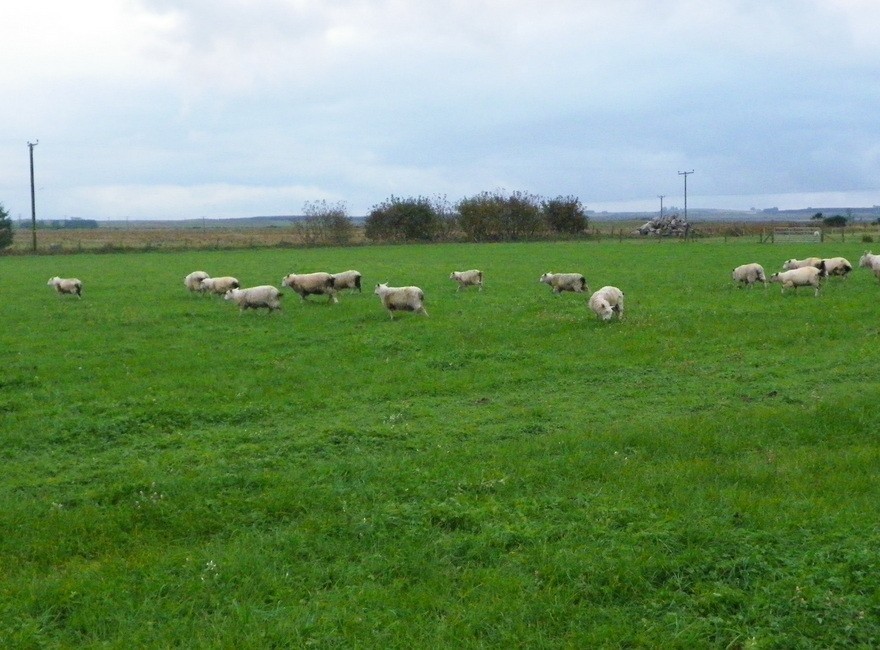 The grass is always greener

It has been an inconvenient few months for us with the three acre field out of action.  We have had to keep the dogs off it, as they like to gallop along at quite a pace kicking up sods in their wake, and Jack likes to dig the odd crater or two.

It’s been tricky finding paddocks without sheep to walk them in but thankfully they are actually quite well acquainted with the geese now and no longer bother to chase them.

After seeding we were left with a dull brown field for weeks until the first shoots starting poking through and at first it was very patchy.  Once we had some rain on it, it got a bit of a spurt on and before too long we had a wispy green covering.

It gradually thickened up and by the beginning of October, started to look rather lush.  Since there had been no dogs in the vicinity the rabbits were running riot, much to Daisy’s delight when she finally got access again!

As soon as we were sure that it was well rooted we let the sheep loose in there to graze before winter comes upon us.  They were over the moon to find such a delicious looking crop at this time of year and we are hoping that it will fatten them up, ready for the mart in a few weeks time.

Next year we are hoping for a bumper hay crop but that will depend on the weather.