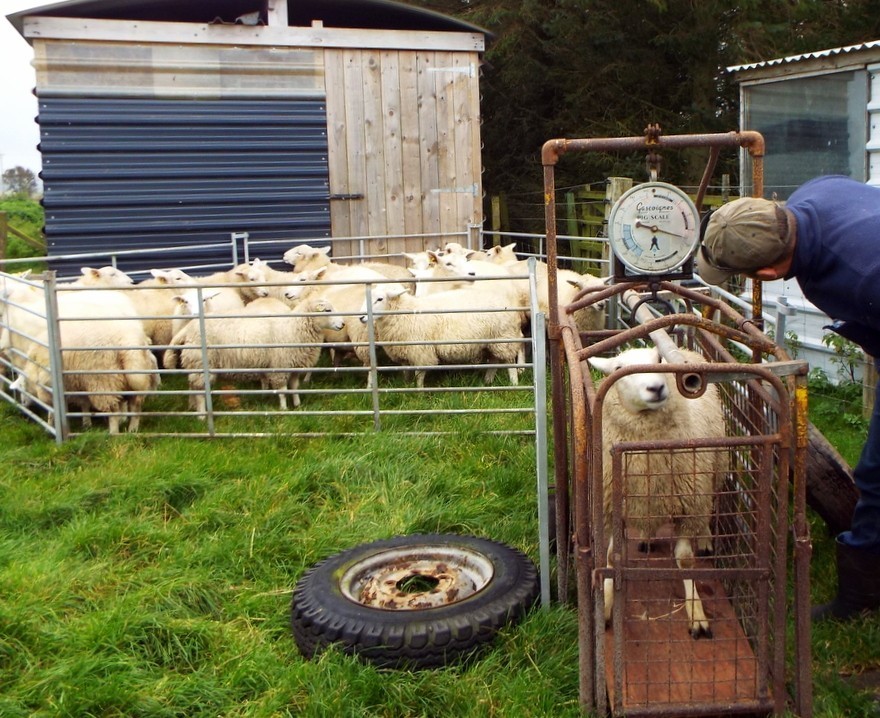 We round up the lambs for a health check

Last year’s tup, Harry, was an absolute beast.  We are always careful with the rams, especially when they are in with the girls as they can be quite confrontational if approached.  However, Harry was something else.  He was a huge brute with a large head, supposedly a cross between a Suffolk and a Dorper.  He hadn’t been sheered (and we can understand why) so his big fluffy fleece made him look even bigger.

We could not walk in the field with him unarmed.  It was essential to carry a crook and a bag of straw which could be used to lessen the blow when he ran at you.  And he did, frequently!  Head down and charge was his motto.  Sometimes we were stuck in the field with him for ages, couldn’t risk turning our back on him and every time we retreated backwards, he would come forwards.  We would have to stride towards him to show him we weren’t intimidated, he would reverse, and so the dance continued.

It was a relief when he’d done his job and we could let him go.

Nevertheless, despite all the grief he gave us, he did give us the best lambs we’ve ever had.  They are lovely big chunky animals, far superior to previous years when we’ve put them all in the Store Lamb sale (lambs that need fattening before slaughter) at the end of the year.

We rounded them all up at the weekend sorted out their feet, checked them over and weighed them.  All but three are well over weight for the Store sale so will be going to the Fat sale.

Of course we are delighted but not enough to risk keeping him on and going through that again!