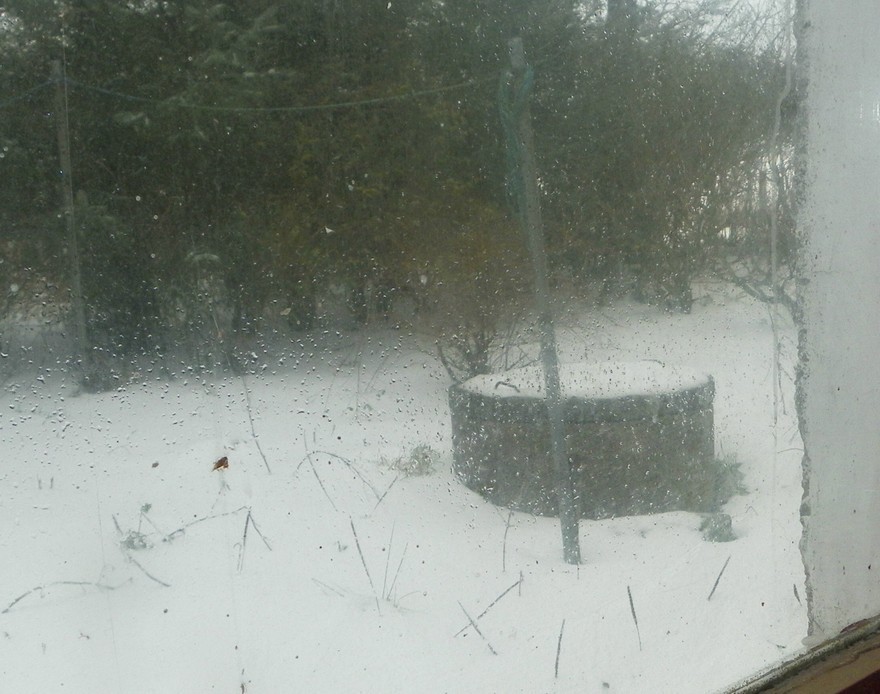 We discover our water supply is not fit for human consumption

When we first moved here, we knew the water supply wasn’t up to scratch but we were so excited at the prospect of having our own well that we didn’t give it a second thought.  We never drank water straight from the tap anyway.  Rather than a quaint “wishing well” we were rather disappointed to find a concrete tube outside the kitchen window.

We live in an area full of peat bogs.  As a result, when it rained the water was always a delightful yellow colour but we weren’t that concerned.  After a couple of months however, we found that our hair was turning green, well those of us that still had hair!

The copper was being stripped from the pipes so we hastily invested in a ph filter and that cured it.  Unfortunately the filter was so large it had to sit outside next to the well and has been known to freeze in extremely cold weather, leaving us rather dry.

Recently we found out that our local council are encouraging householders to apply for grants to improve their private water supply, so we decided to enquire.

We had the water tested from the kitchen tap and got a call a few days later, followed by a letter telling us “DON’T DRINK THE WATER”.  Apparently it was full of bacteria, but luckily no e.coli.  We just carried on as normal.

A week or so later, we got the full test results and discovered that there was a large deposit of aluminium.  Boiling obviously wouldn’t remove that.

In fact we discovered that aluminium was not easy to get rid of and therefore not covered under the grant; we would have to find an alternative water supply.  Boreholes and mains connections were mentioned but these run into many thousands of pounds and we would have to pay half.

On top of that we were told that if we did have a new borehole dug and they still found aluminium in our water, the grant would be null and void.

We were a bit stumped.

The EHO returned to do a second test, this one straight from the well and we were on edge waiting for the results.  Eventually they arrived and surprisingly there was no trace of aluminium!  With so much rain in these parts the water table changes all the time so it could be that there was something in the water at the time of the first test or it may mean that the aluminium is in the house, although we can’t think where.

However, it does leave us clear to apply for the grant to get a decent filtration system installed which eliminate all the other nasties and for the first time we may actually be able to drink it.