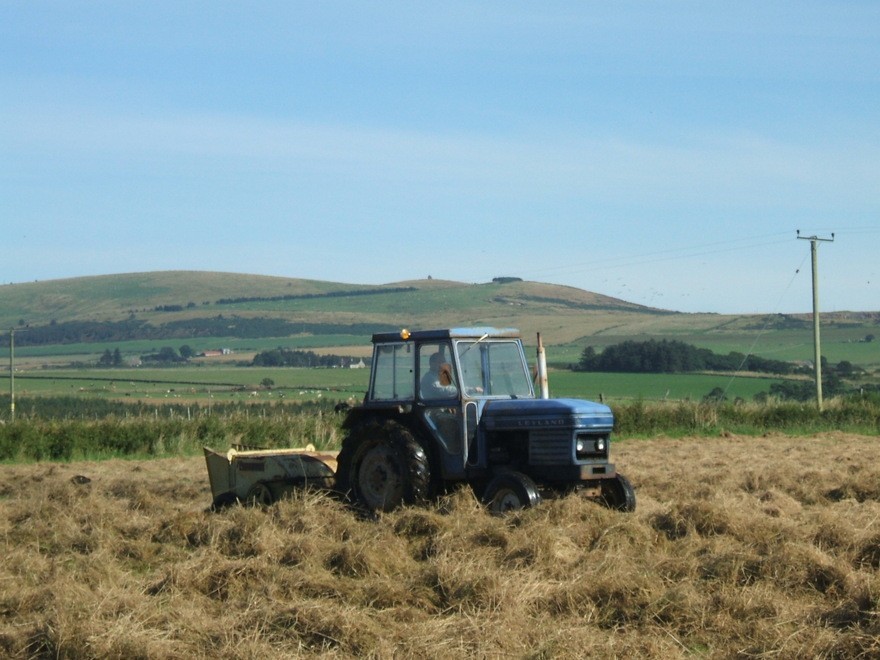 We battle with the weather to get the hay in

August has been hard work!

Despite the weather, we finally decided to cut the grass for hay. After turning it a couple of times with our neighbour’s ‘Wuffler’ (pictured), it decided to rain some more! As a consequence, the hay was on the ground slightly longer but we finally managed to bale it at the end of the month, and managed 250 bales. That should keep us going for winter!

In the meantime, our pig moves were completed just in time for Piggy to have her piglets. One new electric fence required for that.

Another electric fence was needed to move Pippa and Billy (Dexter cows) into a fresh paddock. This was the first time they’d been moved into this area, and Billy was gambolling around with excitement!

And finally, as our ram lambs are starting to mature we needed to move them away from the ewes and ewe lambs. Thankfully this was relatively painless, and just a little chasing was required!

Perhaps we’ll have a rest in September…