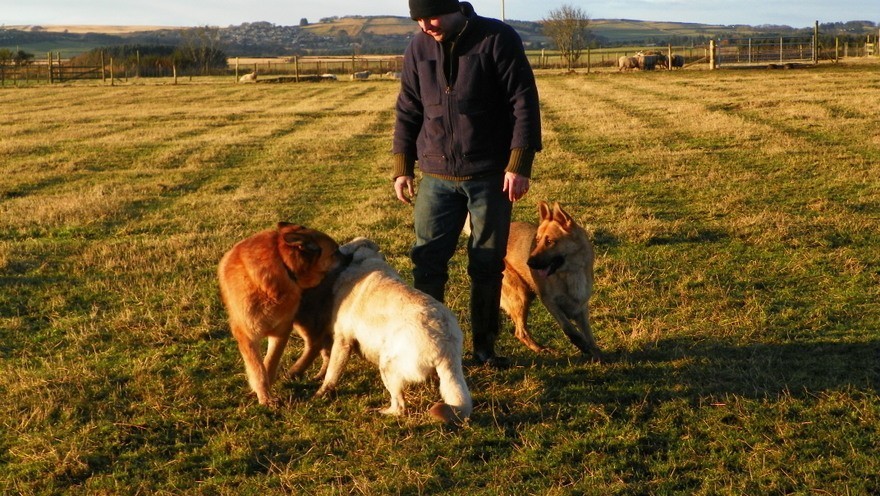 Sadly no white Christmas for us this year

Whilst most of the country has been virtually under water, we too have had our fair share of rain and there have been huge “lakes” in the fields, but thankfully, we have not suffered flooding.

Of course, there is another side effect of all that water – mud.

We have been wading in it for weeks now, although the biggest problem is of course the dogs.

The big ginger Fin isn’t too bad as he doesn’t race around like the other two.  But Daisy, with her fondness for chasing tractors along the hedge line, is usually smothered.  Archie likes to join in the chase, but chases her instead.

It’s got to the point where we long for snow just so that we can have clean dogs.

We’ve developed a sophisticated system for cleaning them after their morning and evening runs, we call it the Dog-o-matic.  Otherwise known as a watering can.

We had the perfect rose fitted on the spout, until someone who will remain nameless, ran over it with his tractor!

Daisy hates the Dog-o-matic and grumbles all the way through her twice daily rinses, Archie puts up with it and conveniently lifts his legs so that you can get to his filthy underbelly, but Fin absolutely loves it and tries to push to the front of the soggy queue.

Here’s hoping we have some decent weather soon so that we can all dry out.