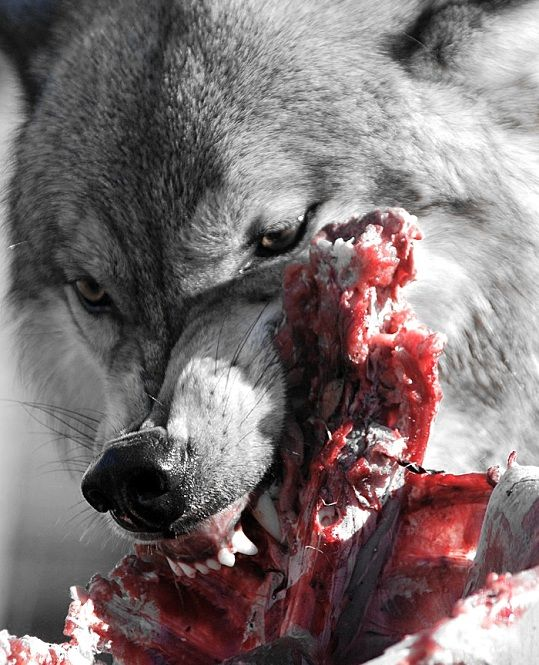 It must be about 20 years ago now that we first started feeding our dogs a raw diet. The reason it came about was that we were having such a problem getting them to eat consistently. They were forever turning their furry noses up at bowlfuls of dried food, also known as kibble. To try and entice them into eating we were smothering the pieces in ‘dog gravy’ or topping their dinner off with tuna, anything to try and get them to eat. Of course, these meals are designed to be wholly balanced so us adding bits and pieces on top wasn’t really helping. Whatever we did,  they would only eat it for a couple of meals and then once again they would leave it. We were getting quite desperate and trying a different kibble every other week, and ending up with bags and bags of half-eaten dog food.

We really weren’t sure about it, but we decided to make the leap and try raw, or the BARF diet as it was back then.

It seemed so complicated. Instead of a balanced meal at each sitting, we had to achieve balance over time. There were different meats to included, offal, fruit, veg and bone. When we started, we had a spreadsheet which detailed their twice-daily meals for weeks at a time.

However, it was all worth it, and it was a complete revelation when from day one there were no turned up noses or food left sitting in bowls all day. It was eaten with great gusto. We nearly fainted when we first saw our dogs eating a raw chicken wing!

Until now, that is.

Our Tilly has been raw fed since the day we brought her home at eight weeks. She took to it like a duck to water in the same way as the rest of them always had. However, when she had her first season, we noticed that her eagerness to eat her dinner disappeared. Sometimes her food would be down for a couple of hours before she would touch it. 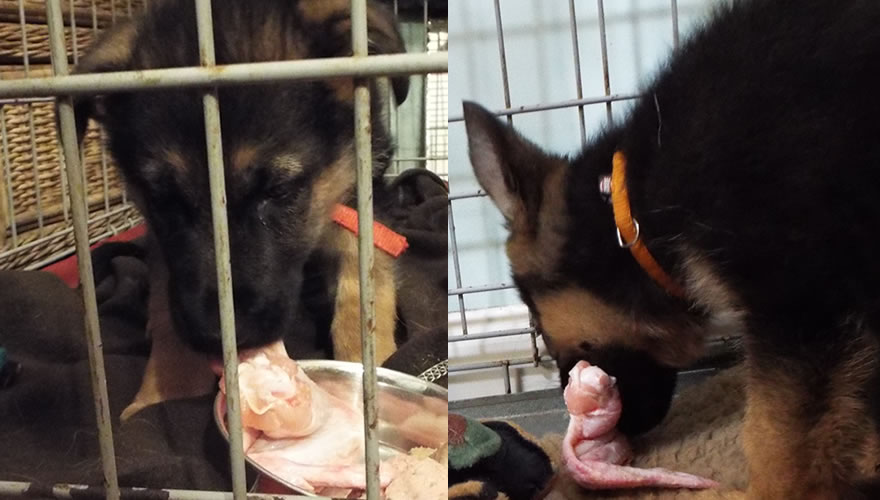 Tilly and Toby with their first ever chicken wings

When her season was over, she appeared to return to normal, but maybe not quite as enthusiastically as before.

At the beginning of this month, she stopped eating again. We were pulling our hair out trying to entice her to eat. The only thing that had an effect on her was having Toby walk past her meal; she suddenly developed an interest in it.

Just when we were beginning to think she may actually be ill, even though she would happily eat a treat or a piece of cheese, we realised she had come back into season a month sooner than expected.

We moved her out of the house away from our entire male dogs, to the caravan, but she absolutely refused to eat. She was still wolfing down treats but not her meals. The weight was dropping off her. As a last resort, we tried some tinned meat that we had bought for Fin when he was unwell many moons ago. Duck and plum flavour. We started with just a couple of spoonfuls.

She scoffed it up, so we gave her more. Again, she ate it, so she got the rest of the tin.

At last, we had managed to find something she would eat. We ordered a whole stash of tinned meat for her, and she continued to wolf it down, nothing wrong with her appetite at all, she just didn’t like raw.

For the time being, we will keep her on tinned food. Some of it smells so nice; we are quite tempted ourselves!

We are hoping that when this season is over, she will come to her senses and return to raw, as there is a downside to NOT eating raw food… 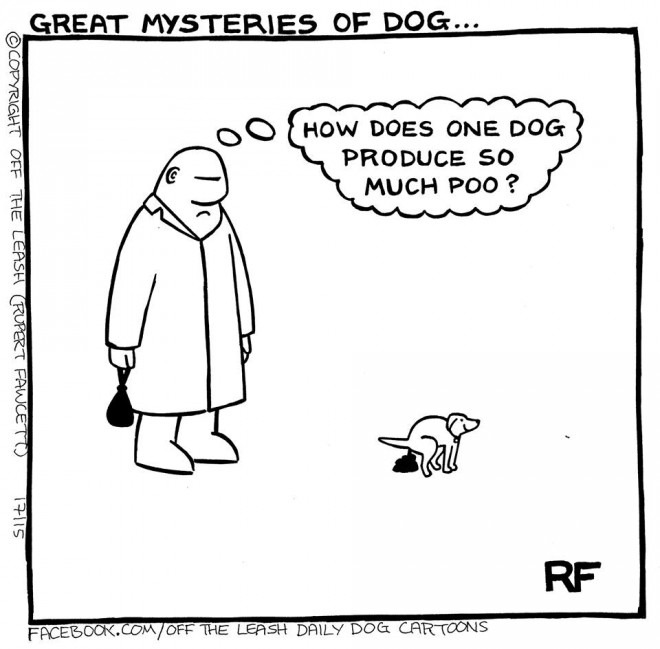 So, what do you feed your dogs, and why? Dried food is definitely the easiest option for a multitude of reasons and if you have a dog that eats it without fuss then why change?  There are lots of myths and half-truths about the dog food industry, as there is with our own food, and if you are contemplating a change in diet, why not have a look at this website All About Dog Food which may help you to make up your mind, if your dog hasn’t already made it up for you! 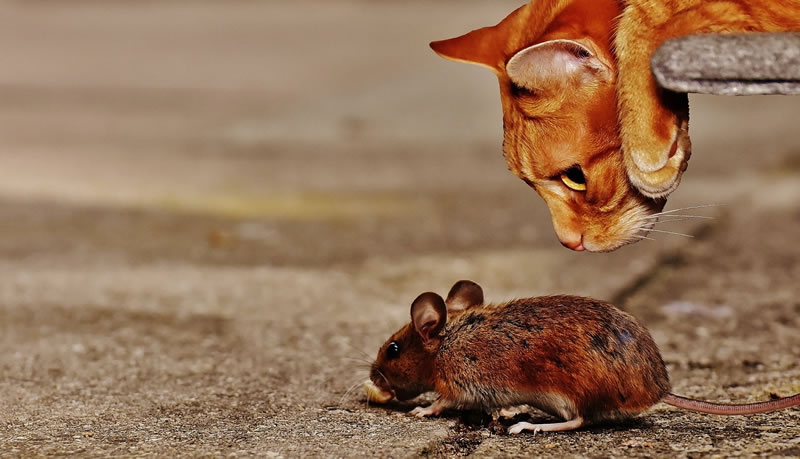 And if you’re a cat feeder, check out the Reviews for the Best Wet and Dry Cat Food available.