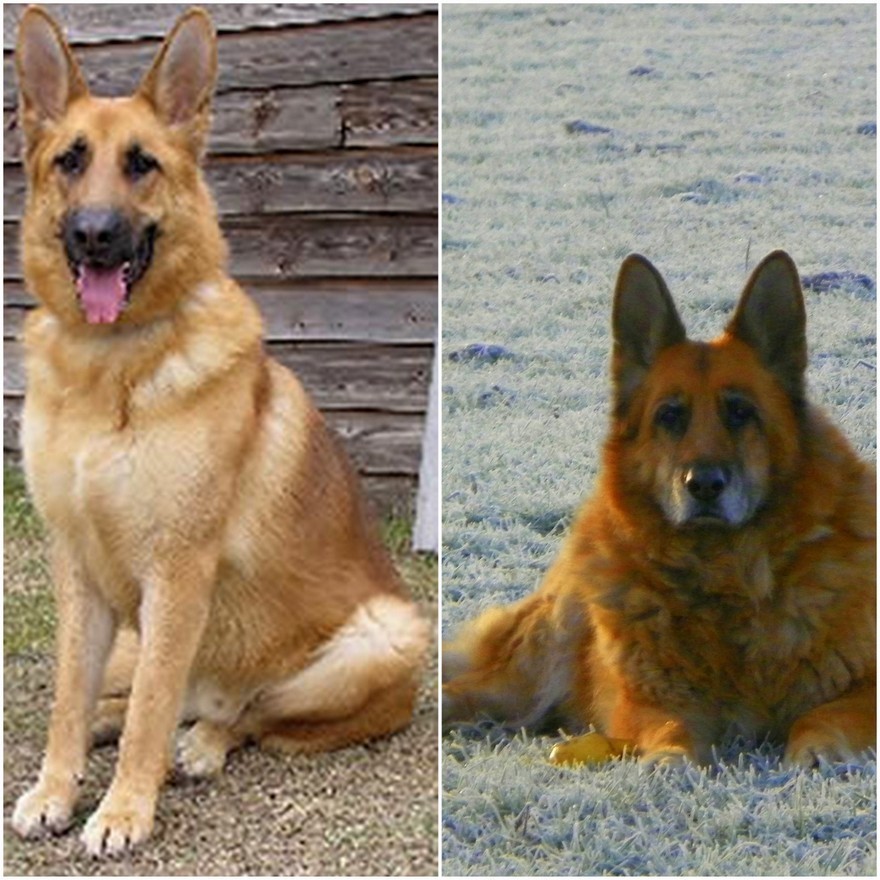 We say goodbye to the Big G

At the beginning of January, we were devastated when we lost our beloved Fin.  The Big Ginger, as he was affectionately known, has left a huge hole in our lives.  He had many conditions and a lot of our time was taken up with caring for him.  However, despite all his various illnesses, he was a happy boy and still enjoyed a walk, albeit slowly, around the park, feasting on sheep poo when he got a chance.  He also adored the snow and would gulp huge mouthfuls of it, at every opportunity.

He must have been at least 15 years old.  We adopted him in 2003 when we were told he was around 2.  We got him from Vigil German Shepherd Rescue in Surrey, after being sent his picture (above left) to post on our website.  We couldn’t resist him, and after a brief introduction, took him home.

Fin wasn’t always the easiest dog, he never got along with our other rescue Blitz but he was such a character.  Sometimes, when there was a full moon, he would throw his head back and howl like a wolf.

He is so sorely missed, but we are thankful to have had so many years with him, and he will always be in our hearts.