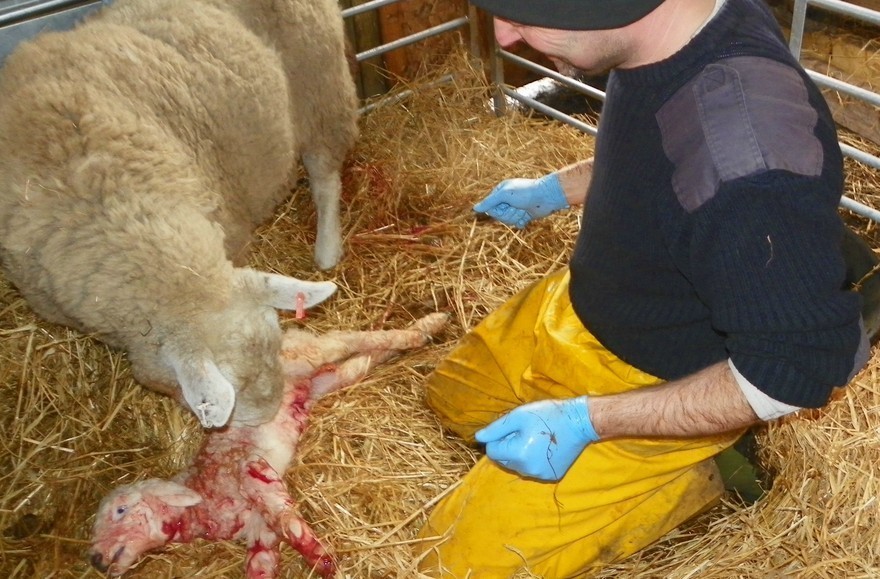 It’s been a very busy month here on the croft.  In the past we have always lambed later in the year when the weather is better (supposedly).  Last year we decided rather rashly to put the tups in earlier than usual and as we had considerably more ewes than normal, we would stagger it over 3 months.

The plan that every four weeks we would have a new bunch lambing went horribly wrong, as did the weather!  With snow and bitter temperatures, we welcomed triplets in the middle of the month, 3 weeks overdue from our predicted date for the first batch.  Less than a week later, lambs from the second batch started to put in an appearance so instead of having plenty of room in the shed to house them all, we rapidly ran out of space.

We had to turf the goats out of their large loose box into a smaller one and hastily build another pen, just 24 hours before it was needed by a new mum!

With space still short, we invested in some sheep gates and quickly set about clearing a space in the hay barn to house the ewes who were getting fatter by the day and eating us out of house and home.

For the time being, everyone has their own little suite but very soon now, the third batch will be starting and we will have to shift them all round again.

As far as the lambing itself is concerned, it has been very tiring. We have been taking turns to watch them throughout the day and the cold nights but not only that, the births themselves have been difficult.  The ewes seem to be delivering huge lambs that are reluctant to come out and we’ve come to the conclusion that we have fed them too well this year.  We also had one ewe prolapse which involved a vet visit and an uncomfortable delivery.  Mother and baby are now doing fine.

Looking forward to it all being over and done with and getting back to having a proper nights sleep.