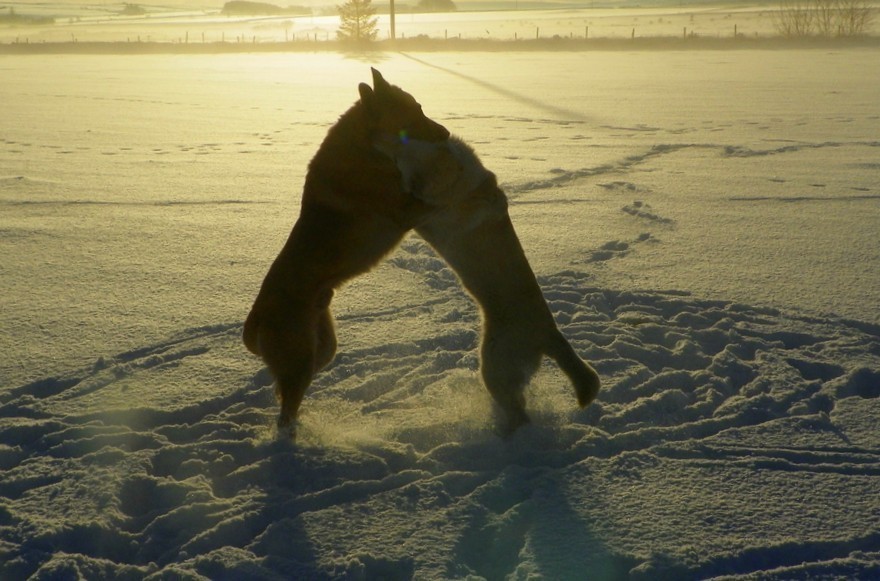 Last month we mentioned the lack of snow.  We should have kept our mouths shut as this month we have been inundated with it, as has most of the country.

At first it was a relief to swap the thick mud for the lovely clean snow.  However, it didn’t last long as the snow got deeper and it became more and more difficult to feed the animals.

Everything was freezing, the water barrels that served the livestock had a thick layer of ice on top and no sooner had we filled them up, than they were starting to freeze.  Dragging a wheelbarrow full of hay or buckets of feed across a snowy paddock was not much fun either.

However, there were some who were absolutely delighted with the change in the weather, the dogs.

They absolutely loved it.  Fin guzzled it down like ice cream and the two youngsters played in it happily for hours.  They obviously don’t suffer from cold paws like we do.

As the snow started to disappear we were left with treacherous ice which was even more of a feeding challenge.

Now, sadly we are back to mud with a side order of gale force winds!