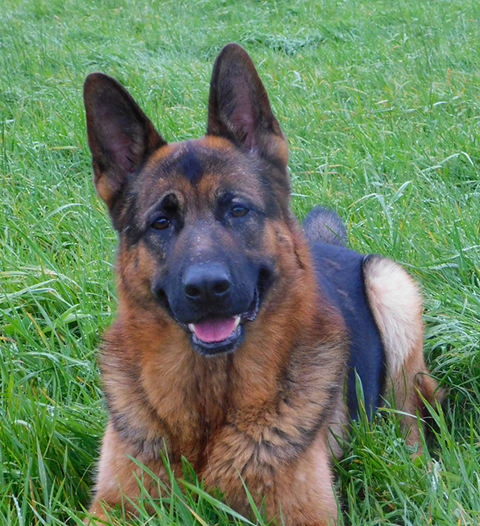 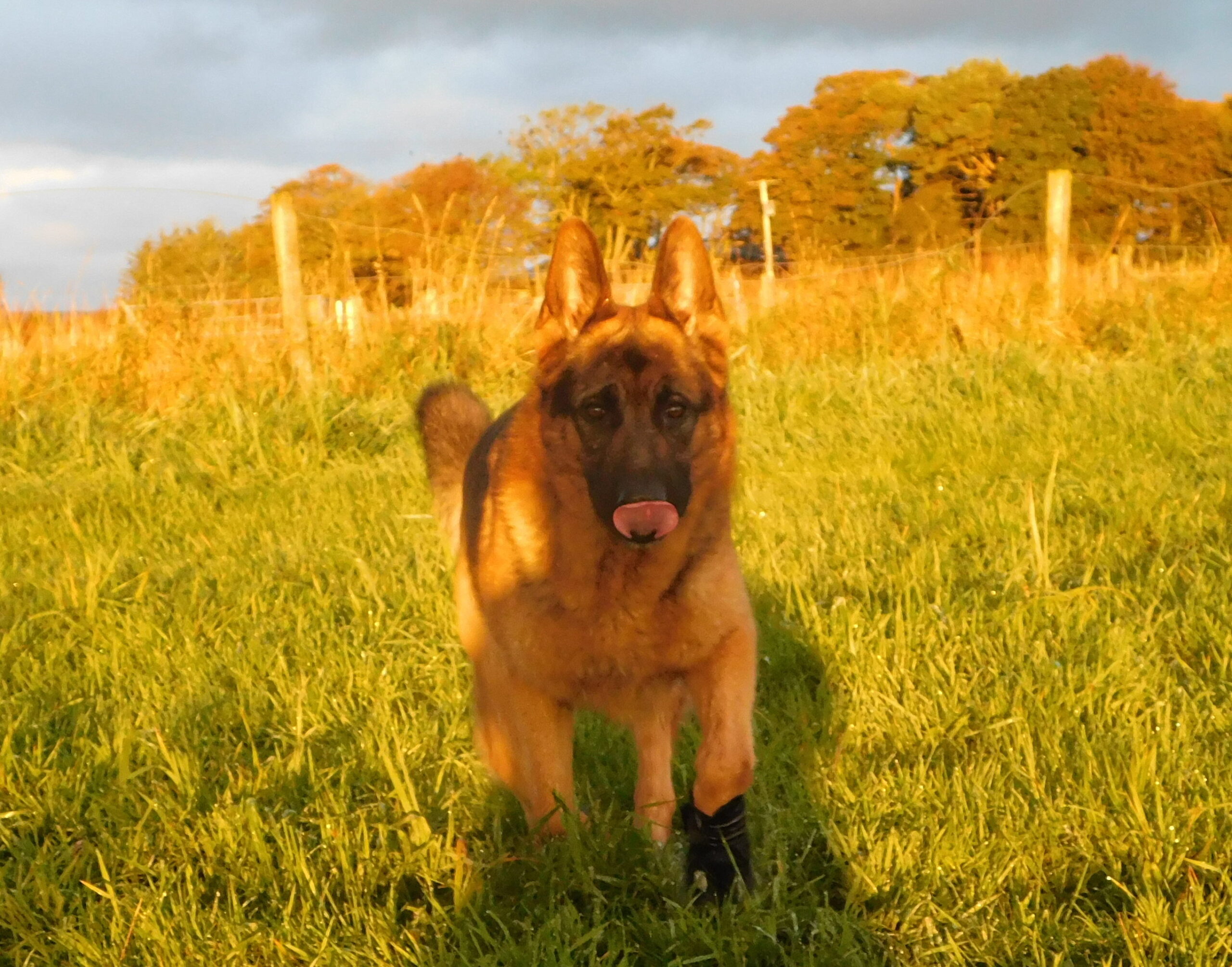 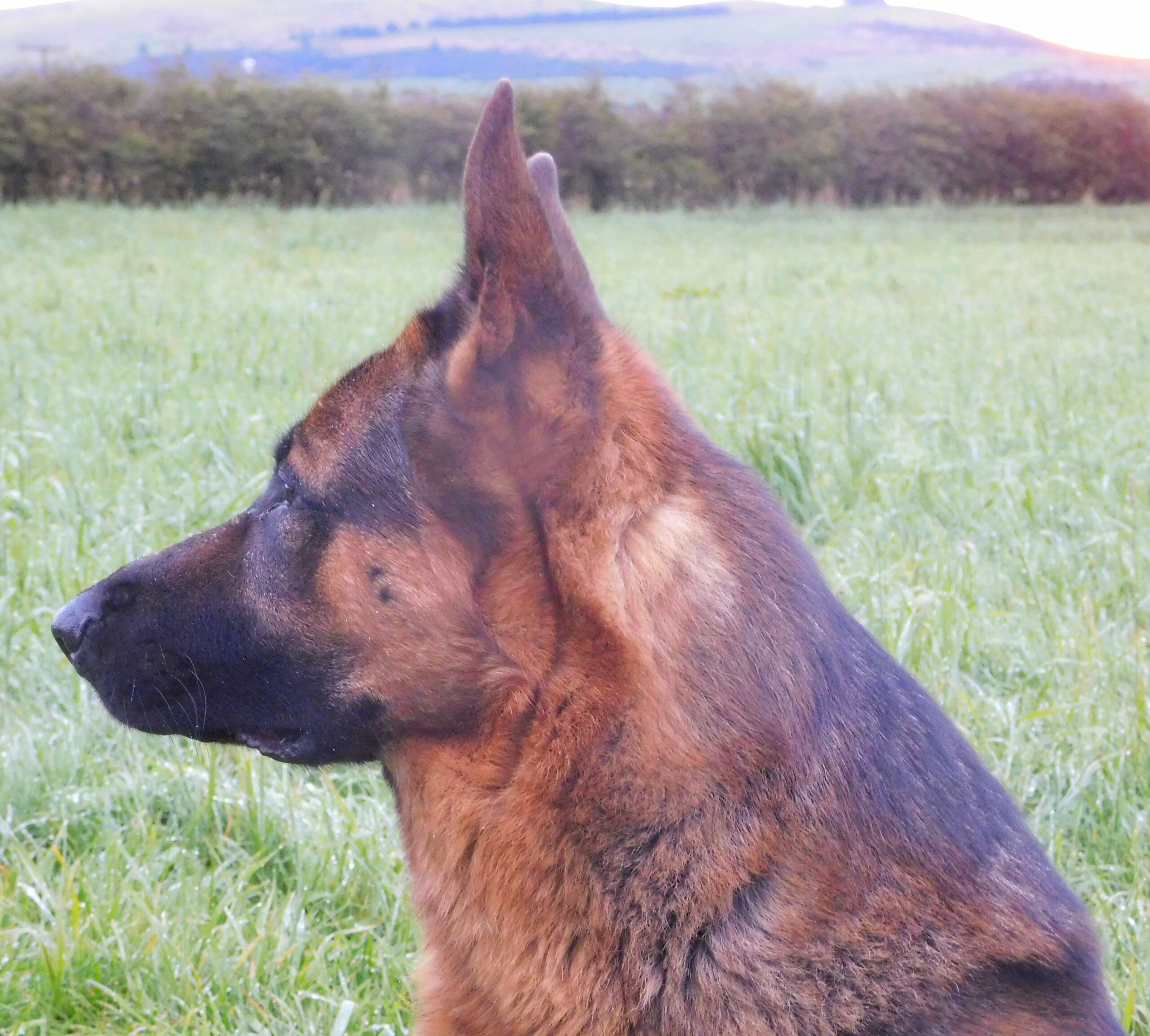 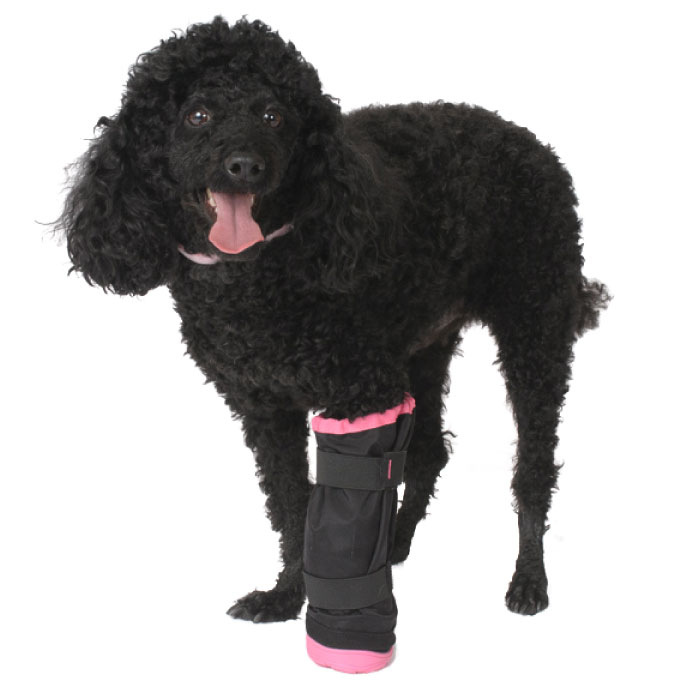 Boots are In! Collars are out!

If you have ever been to the vet for paw or leg wounds, you will know that most of the time you are sent home with a neatly wrapped bandage or even worse a cast or splint and an uncomfortable and hideous Elizabethan collar to prevent your dog from interfering with the wound.  Your dog walks into walls or your shins, slobbers in the collar and lets you know by barking or whining that the hot and uncomfortable collar has to go! Finally, someone has thought of an answer! 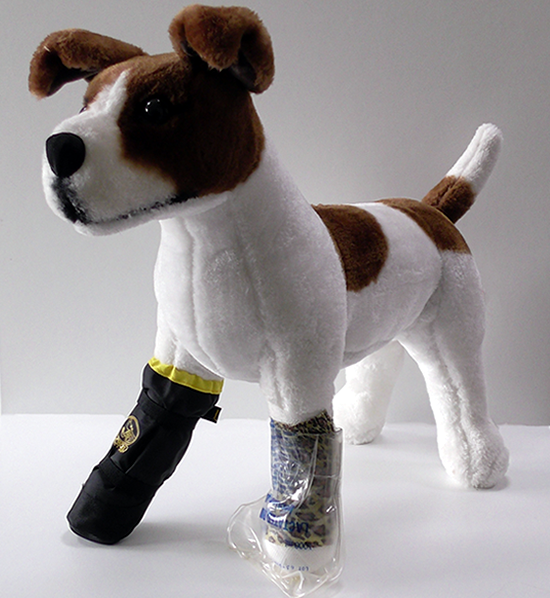 We are delighted to distribute the Vetgood line of boots for wound care! These lightweight and durable protective boots cover all types of wounds and have so many benefits to us the pet owner. First, you can get rid of the Elizabethan collar-hooray!  Second, you can protect the wound not only indoors, but also outdoors allowing your pet to get the much-needed exercise to heal and to resume his normal routine even with the bandage, cast, etc. And finally, it reduces the number of times you need to return to the vet clinic to get a bandage re-wrapped or re-casted which is so inconvenient for you and a real relief for your dog!

Vetgood offer a wide range of sizes in their protective boots

So which boot do you need?  (See the chart below to choose the right one for your pet.)

If they have a cast or splint or a bandaged wound that will last more than 2 weeks? You need the Extreme boot with the durable, moulded bottom. 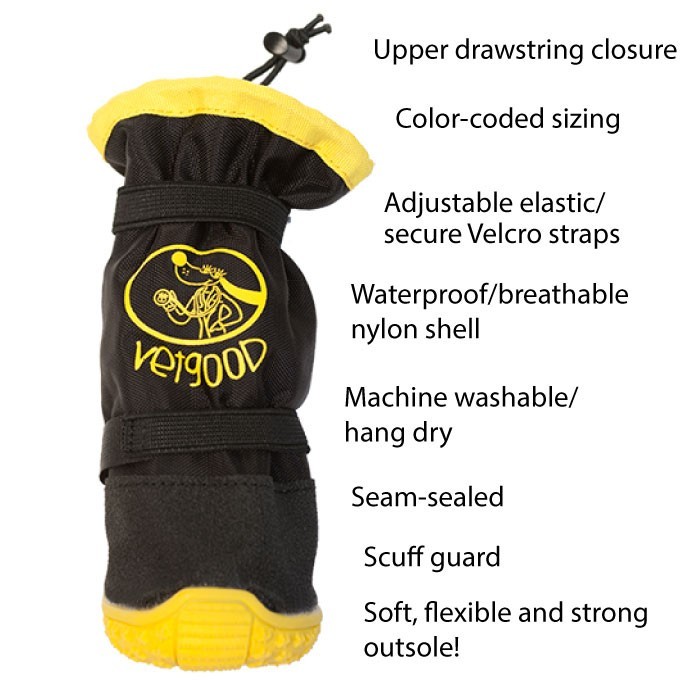 If they have a soft bandage then you need the Basic boot. 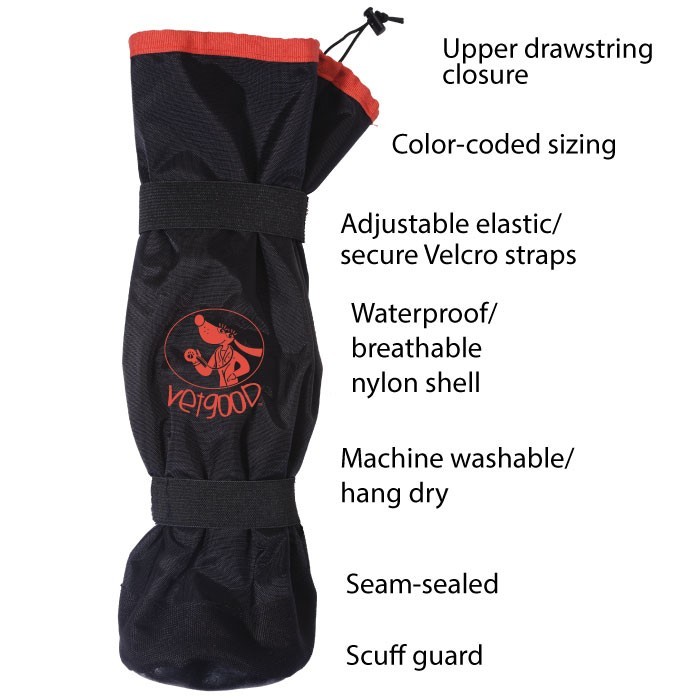 There is even a boot for open wounds that have no bandages – perfect for hot spots or lick granulomas – lined in a soft bamboo and nanosilver fabric that has antimicrobial properties to promote healing. 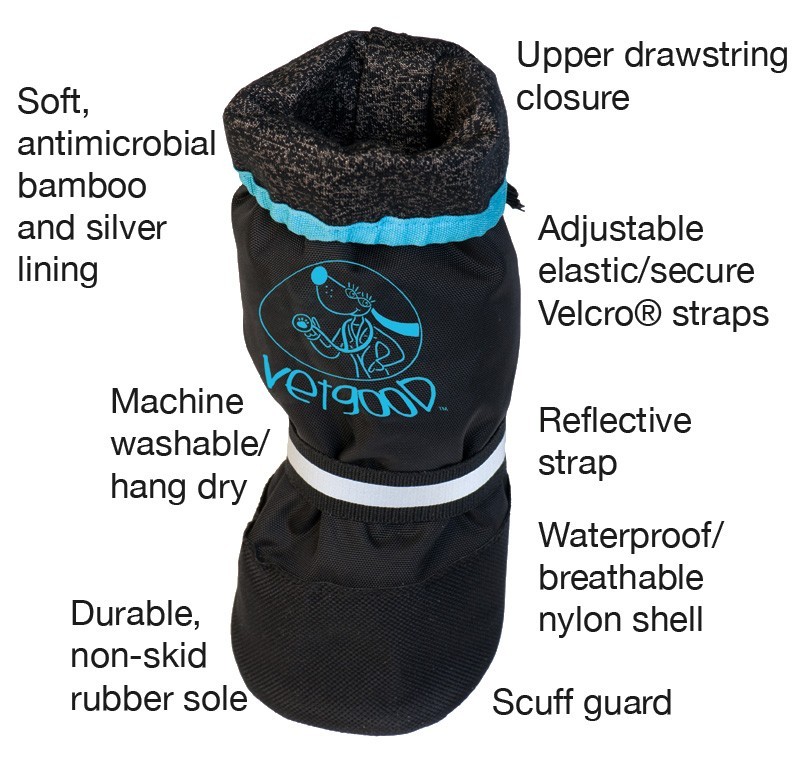 So stop struggling with the E-collar.  Boots are in!

How to size your Vetgood boots

But we use Vetgood boots as we find they are great protection for Daisy’s delicate paws, whether she’s being carried in her harness or out and about in her wheelchair. 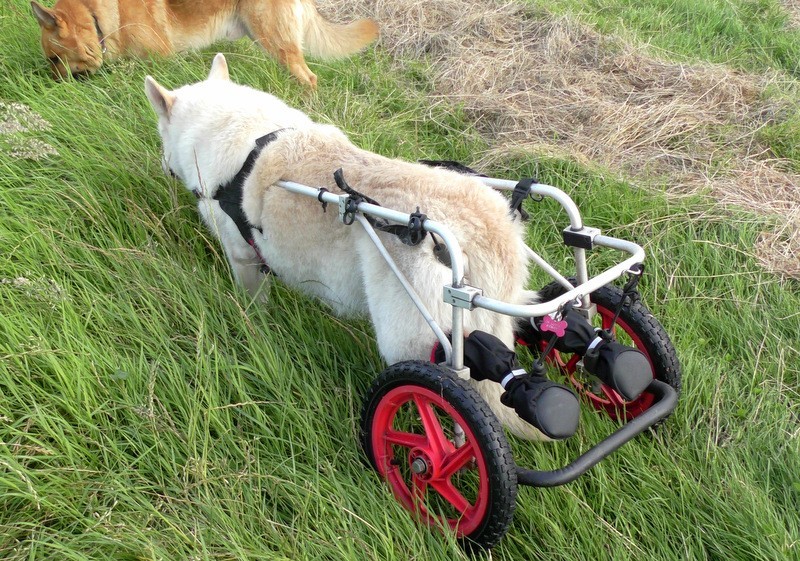 Daisy shows us a clean pair of heels in her super smart Vetgood Slim Boots. 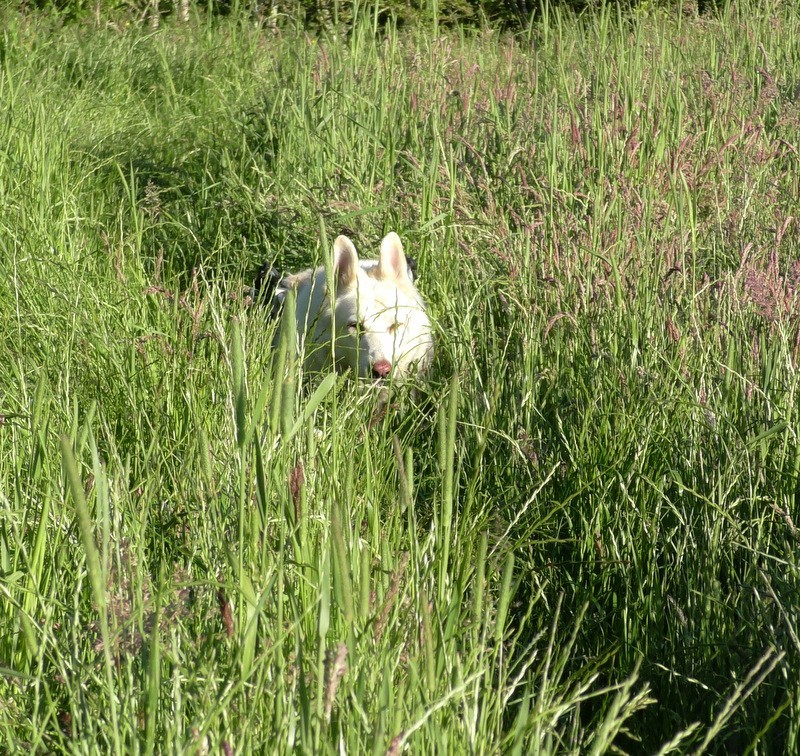 It’s a jungle out there!

With the arrival of the hot weather accompanied by plenty of wet weather, the grass has shot up. Sadly, because of the rain, we haven’t yet been able to cut the hay, resulting in us having fields of grass up to our waists.

This makes it very difficult for Daisy in her wheelchair to navigate her twice-daily walk. We noticed that she wasn’t showing her typical enthusiasm and decided something had to be done, so we cut her a path. 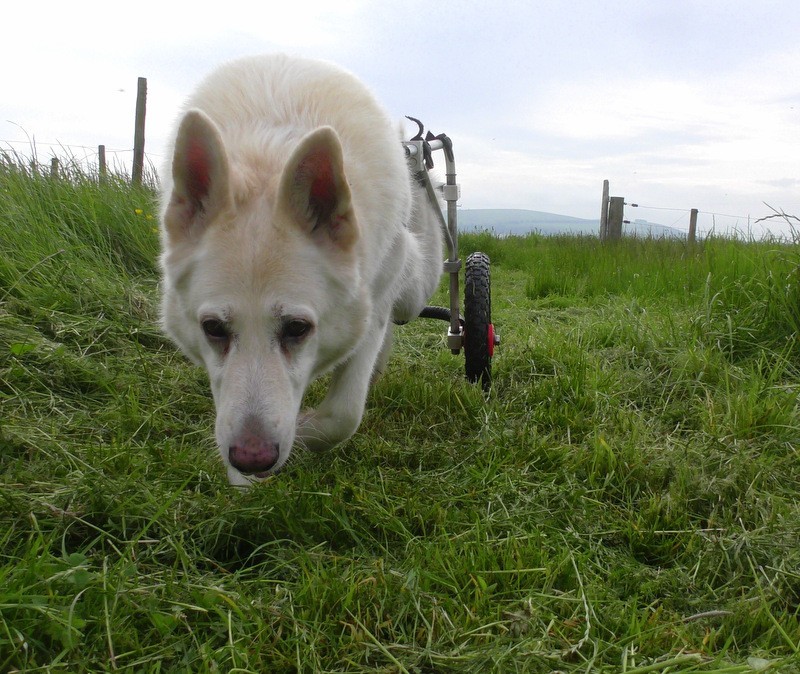 We think Daisy is pleased with her new wheelchair path

The other dogs are not bothered by it and love leaping through the fields like a school of dolphins although it does put a stop to all their chase games with the Puller. They’d never find them in that grass, and we would end up chopping them into pieces with the mower and then baling them!

However, the warm weather and long grass mean we must be alert for fleas and ticks. Both Jack and Toby had fallen victim to ticks, which we discovered before administering flea and tick protection.

Another attraction is that sometimes they come across bunnies hiding out and that sets them off whooping with excitement as the thrill of the chase sets in. 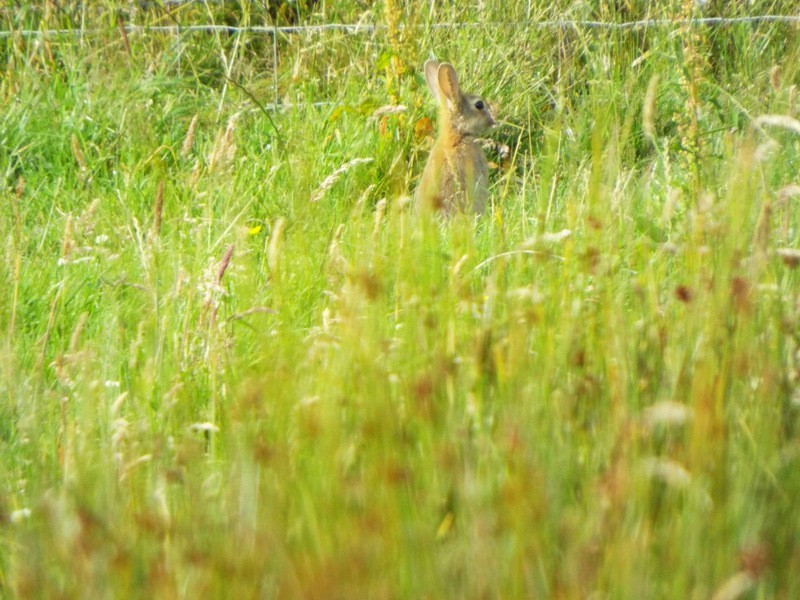 Where are those pesky rabbits?

They haven’t yet managed to catch one of those sneaky rabbits, though! 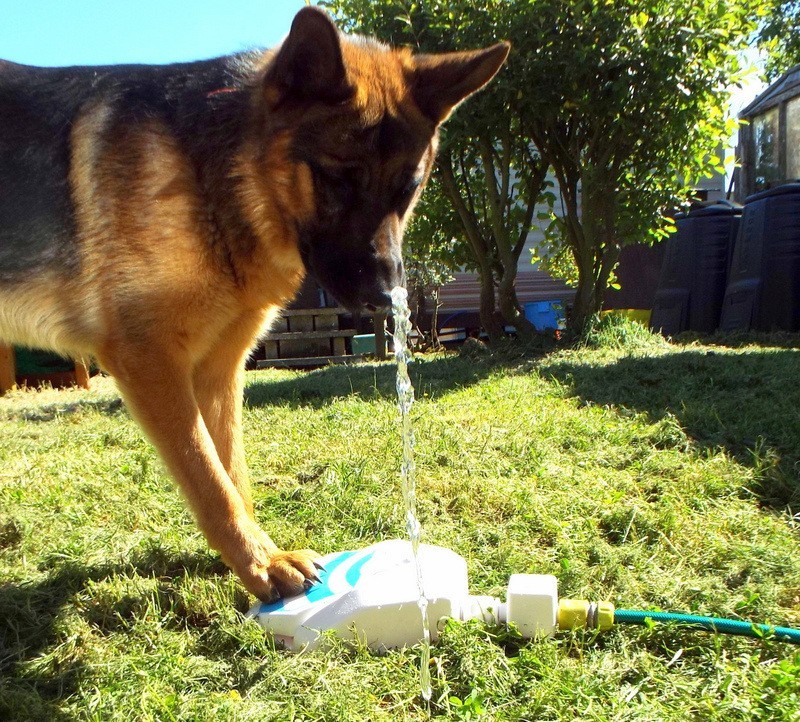 Toby is a great fan of the All For Paws Garden Water Fountain.

It is essential to keep your pets well hydrated both at home and when you’re out and about. Make sure they have plenty of fresh water available at all times and never leave them unattended in a car, it can take literally minutes for them to succumb to heatstroke, which can be fatal. 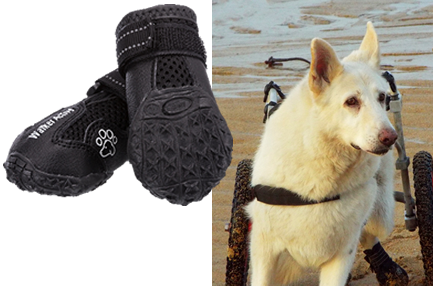 Ensure their paws are protected on hot ground.

Make sure you’ve got all the bases covered with the summer survival guide for pets from the Bluecross, which gives practical information to help you keep your animals safe and happy whilst still enjoying our lovely British summer. 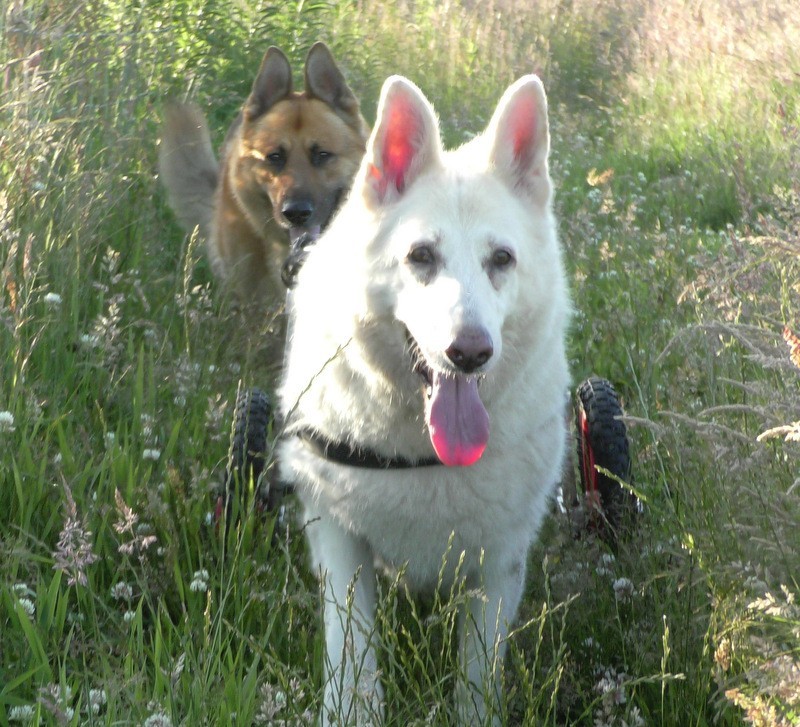 And, of course, there is also a handy guide for cool cats in hot weather! 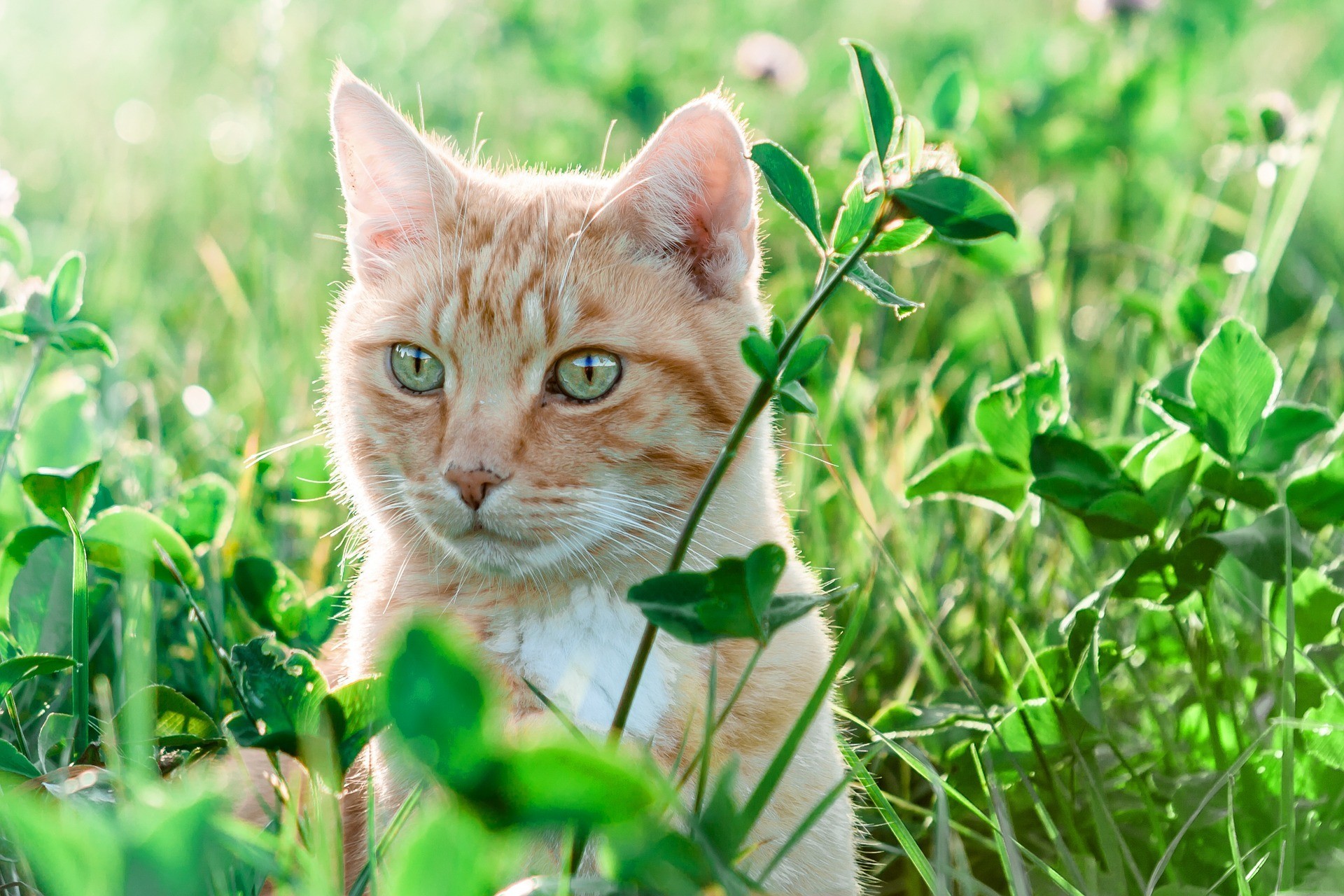