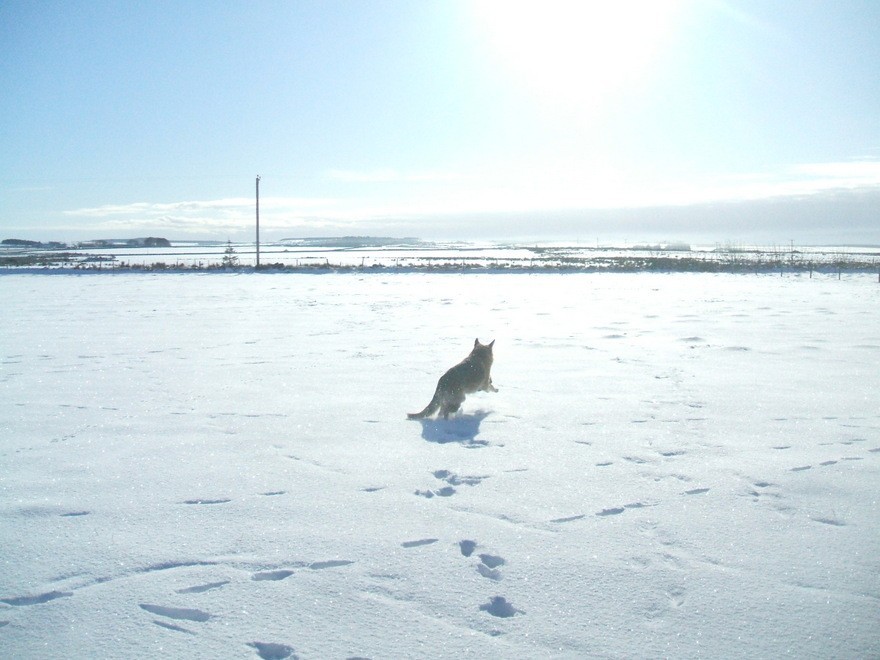 Did it snow? Did it ever!

Whilst we have seen worse over the last couple of years, it did come as a bit of a surprise. Mind you, the dogs absolutely LOVED it!

With nothing but a light breeze, bright sunshine, several layers of snow over the field, they chased around as though they were floating on air. The canine equivalent of ‘snow angels’ could clearly be seen around the perimeter of the field (their usual route).

In addition to the fun though, there is also a more challenging aspect to the weather. The animals not only need to be fed at the usual times, but also have to have plenty of dry bedding, and it all has to be carried to their pens through the snow. At first, is quite easy, but after a while, we found it quite exhausting!

Thankfully the snow has now passed, and has been replaced by drizzle. The mud is deeper, but we’re used to it, and it’s no less than we expect in Feb. In a couple of months, it will subside as the ground dries up. Hopefully!